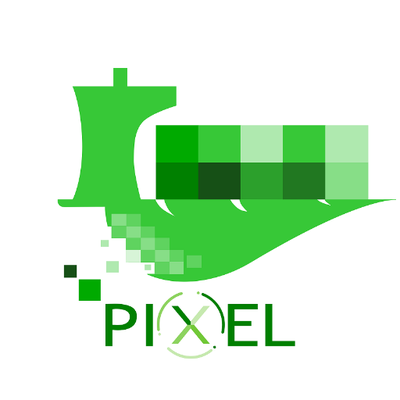 Reducing the environmental impact of port operations and increasing their transparency are two key elements for sustainable port-city relationships (goal 9.1 of the AIVP Agenda 2030). Internet of Things (IoT), based on data generated by devices deployed in (smart) ports and cities can play a crucial role in both. Research projects like Pixel Port are working to develop new tools for efficient and transparent monitoring of environmental impact of ports. Their single impact metric can facilitate better joint governance and contribute to a healthier port-city relationship. Ignacio Lacalle, researcher from UPV, explains in this article the key aspects of the project and how AIVP and Pixel are starting a new collaboration based on the AIVP Agenda 2030. While there is a clear mutual benefit for both ports and cities in the symbiosis established between them, there also exist some pitfalls. In a constantly growing urban population scenario, establishing transparent lines for the interaction between the port and the city about the urban development is becoming crucial. Additionally, the existence of the port conveys certain logistic and collateral effects to the city that, if tackled together with the municipality, can be more aligned towards the citizens’ benefit.

As it is being promoted by AIVP and other entities, the answer must rely on fostering that interaction, based on a continuous improvement and innovation on both sides of the equation. In a world where the number of “connected devices” increases by 11% per year over the current 7.6 billion [1] and sensors technology and computing capacity are widely available, the Internet of Things may be the root of that answer. Applying validated techniques and investing resources on this strategy might lead the pathway to the modern port of the future.

Nowadays, there has been observed a trend from ports to adopt these technologies into their procedures. However, the sector is still way far from optimal, sometimes due to the reluctancy from some actors to change their data exploitation paradigm, other times due to regulations and, in most occasions, due to interoperability siloes and lack of resources specifically devoted to seriously invest in such endeavours.

Analysing all the above, it has been realised that a valid approach for ports, municipalities and other related stakeholders would be to rely on public-funded research projects. Such activities are less constrained by business sustainability and have enough latitude to apply time and resources via skilled staff into useful research to be later translated to real maritime port scenarios. PIXEL is an example of those initiatives that could be soon projected worldwide to help tackle port-city issues introduced before. PIXEL is an H2020-funded research project aiming at creating the first smart, flexible and scalable solution for reducing environmental impacts while enabling the optimization of operations in port ecosystems through IoT.

One of the key points of PIXEL is the work on sensors installation and integration for monitoring various aspects of the port operations and their impacts in real time. Another characteristic of PIXEL, being a public-funded research, is its will for making developments available to the whole port and scientific community.

However, the most relevant trait of PIXEL may be its potential as a port-city interface enabler. The project has envisaged an advanced tool that gathers data, processes information, and converts complex processes taking place in a port into a single metric. The tool is being instantiated in some ports participating in the project to represent their environmental impact (Grand Port Maritime du Bordeaux, Port of Thessaloniki, Port of Piraeus and Port of Monfalcone) and the induced traffic congestion (Port of Thessaloniki). The most important feature of this tool is its capacity to merge several data sources and finally aggregate them into one impact metric. The strategy behind this solution relies on individual indicators of port (or external) processes impact that can be selected considering their significance, measurability, and representativeness.

AIVP had the opportunity to get to know this tool via a teleconference with PIXEL representatives. It is also worth noting the methodology behind that tool: it has been decided to be transparent, allowing the different involved stakeholders to agree upon indicators and thresholds and making all results available to other entities or the citizens. During its creation and in the beginning of its deployment, PIXEL team and AIVP agreed that  this tool fits some challenging purposes of the AIVP Agenda 2030, First, it can be used to agree upon urban-development metrics in benefit for both citizens and ports – e.g. traffic congestion [2] -,  which can contribute greatly to goal 3 (sustainable mobility) . It can help increase the visibility of port-municipality interaction, opening the door to public contribution thus democratising key procedures and boosting port appreciation, as it is targeted in the goal 8 (port-city interface). Environmental impact monitoring is already being tackled (with promising results [3]) in some ports, so it could foster targeting goal 1 as well (climate change adaption).

Both PIXEL and AIVP consider that those challenges must be tackled as soon and as thoroughly as possible. To properly face them, it is deemed necessary to cater the sector with a strong continuous dialogue between port authorities, port agents, sector clusters, municipalities – and other governments – and technology creators.

In that sense, PIXEL and AIVP have decided to collaborate more closely in the future via the incorporation of a representative of AIVP staff as a new PIXEL Advisory Board member. It is believed that this juncture will mean a significative step forward for the knowledge sharing capacity. Hopefully, this advance related with real port-city problems will help AIVP port members in the near future.

Finally, hereby AIVP invites all fit members to go through a questionnaire that the project PIXEL has published recently: https://www.surveymonkey.com/r/YQSJ32N . The objective is to analyse the current stand of Core and Comprehensive TEN-T ports on environmental impact metrics and their experience of implementing such metrics.