how to share and protect port city culture and heritage? 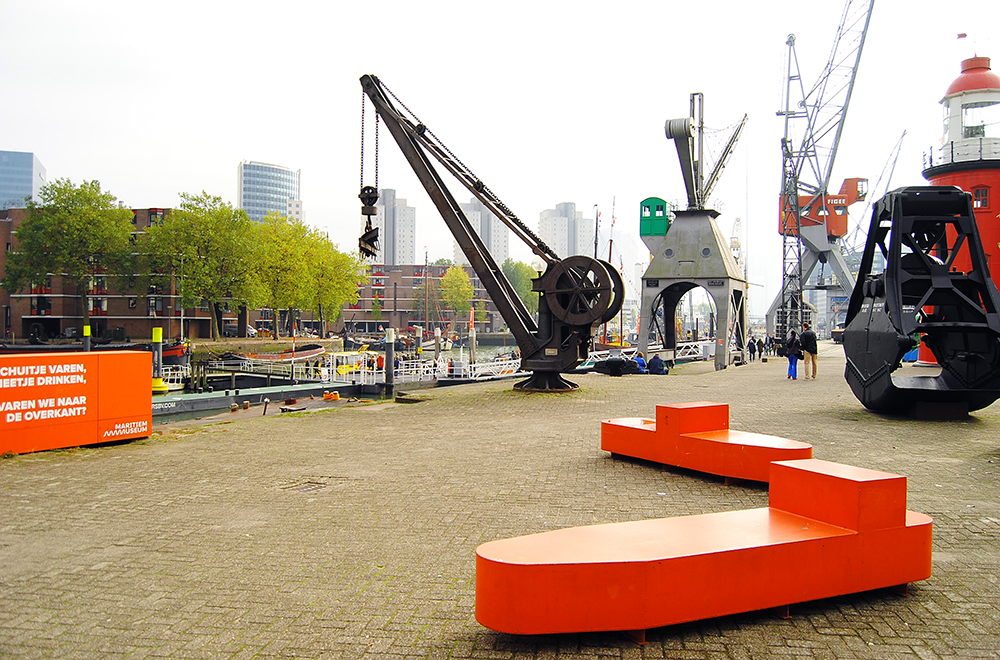 Many projects and initiatives focusing on the cultural heritage of the port city exist around the world. From the organization of events to the development of archives, museums, social media, or Port Centers, all are valuable tools to improve the social integration of the port. AIVP presents a selection of inspiring examples on this subject. Discover them and be inspired!

Few months ago, when the first lock-down was enforced in Europe, our colleagues from the Port City Futures research group quickly gathered in two blog posts music, books, documentaries and films to enjoy the port city culture from the couch. This simple and surely enjoyable exercise rapidly showed the different sorts of cultural manifestations that port cities can provide to the lives of citizens, even to those that may not live in port cities. This immaterial richness contributes to a concrete port city imaginary that inhabits the minds of inhabitants and visitors of port cities around the globe. Port City culture is indeed one the main resources that the local actors operating in the port-city relationship have to build a more sustainable interaction, contributing to the social integration of ports. 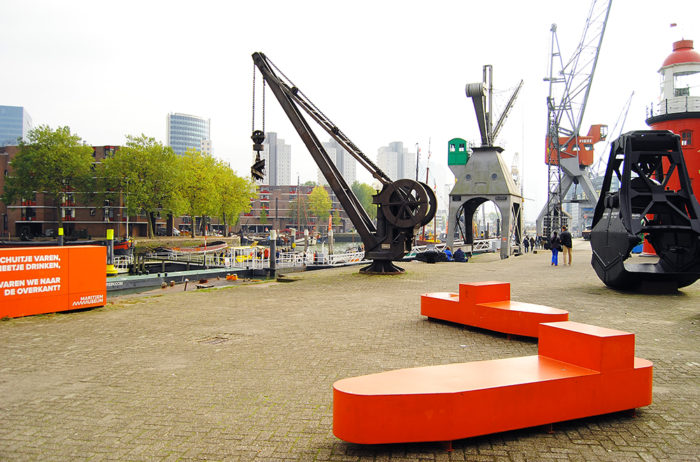 Physical maritime heritage and its most diverse representations in paintings, photographs and drawings also play a key role in the formation of a local port-city identity. Port cities are canvases in which historical periods have left their mark. In them we read the evolution of our society and culture. In most cases, the port was their reason of being and its engine of growth and change. The progression of maritime technologies has changed the waterfront and the activities that took place in it. In this constant quest for innovation, new trades, new jobs and new social behaviours were constantly overlapped, creating the palimpsest that forms port cities today. This palimpsest has been the foundation on which locals and visitors can perceive a specific identity, based on systems of symbols and representations (artistic and not). Today, in difficult times, we still call for this identity to maintain a connection between cities, ports and people.

The main actors in the port-city relationship in the 21st century need to balance many values, environmental, economic, but also cultural ones. It is not an easy challenge, since there are many interests at stake. For that reason, AIVP decided to include port culture and identity as one of the 10 goals of the AIVP Agenda 2030, emphasizing its importance for the relationship. Port city citizens need to develop a certain sense of belonging and pride on their port. We have identified several concrete ways in which this could be achieved.

During the weeks between October and November of 2020 we had the opportunity to discuss with several members, experts and leading organizations ideas and projects that they have developed or planned for the next months to disclose port city culture. In one these interviews we learnt for example how the City of Rijeka (Croatia), European Capital of Culture of 2020, embraced the port identity and its diversity as the two main elements for its event program. As the Mayor, Mr. Obersnel, indicated, ports have historically been symbols of change and migration and waterfronts areas in transition. The main effort is then to bring people closer to the port, to experience it and get in close contact with the water. 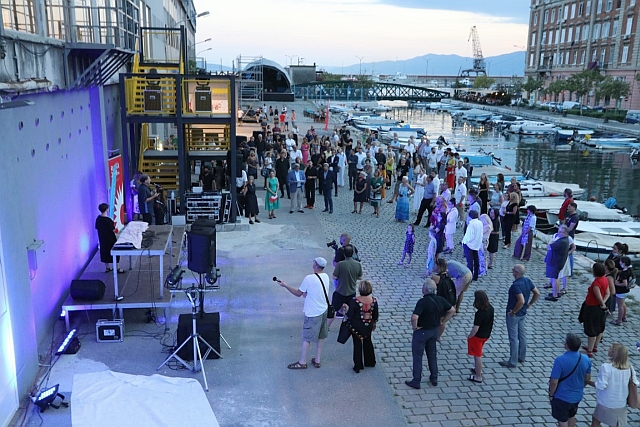 Events on the waterfront during Rijeka 2020 © City of Rijeka

How to bring citizens closer to the port?

Bringing citizens closer to the port is indeed one of the main tasks for ports and cities when trying to establish an emotional connection between the locals and the port context where they live. There is no silver bullet for it, but our members have identified several tools and initiatives that can facilitate the path. Of course, the first idea is to develop a Port Center, as many port cities have already done. In this dossier we will be able to see why and how the port of Rotterdam is planning it new Port Pavilion to complete the other venues they have in different port locations. However, constructing a “material” building is not the only way to create a new Port Center as the CCI Nice demonstrated with its new virtual platform, explaining the port and making it accessible for everyone.

Another option to bring citizens close to the port and share this mesmerizing landscape is to host port festivals. In this dossier we learn about two connected cases, the national Italian initiative led by Assoporti and the local experience from a new AIVP member, the Port of Taranto. While Ms. Tiziana Murgia explains the challenges that implied organizing Italian Port Days, an event coordinated at a national level, involving 11 port authorities, Mr. Sergio Prete, the president of the Port of Taranto, explains in an interview the key elements of the Taranto Port Days. In both cases it was clear that cooperation with other stakeholders is necessary, and that even in pandemic times, it was possible to celebrate port culture.

Children in the port of Las Spezia – Assoporti

Port Village during the Taranto

Port heritage, including buildings, machinery or archives, is also one of the key foundations for goal 6 of the AIVP Agenda 2030. Port City actors need to learn how to protect and explain this heritage to the local population. As Ms. Sylvie Vachon, CEO and President of the port of Montreal (Canada), rightly explains in her article entitled “Celebrating the past to better build the future”. There are many different strategies to raise awareness about or on the city’s port heritage, such as developing new public spaces, as it is being done in Montreal, in the Grand Quai project. The Grand Quai also includes a Port Center to explain the History and the current functioning of the Port. Besides museums there are other cultural institutions that can also celebrate port city history, as we can learn with Mr. Lar Joye. In his article, Mr. Joye explains the case of the Port Archives of the Dublin Port Company (Ireland). Its vast collection of maps, photographs and engineering drawings have been the base for different initiatives to reconnect with the local population, even inviting them to contribute to the archives and to share their stories.

Despite the positive examples here presented, protecting the port city cultural heritage remains one important challenge in most cases. For this reason, it was necessary to have a direct discussion with the leading organization in the field, United Nations Agency, UNESCO and learn their most recent directives and recommendations. In the webinar that took place in late October, Prof. Carola Hein moderated the discussion with Dr. Jyoti Hoshagrahar, from the World Heritage Centre, Mr. Hrvoje Kulušić, from Dubrovnik Port Authority and Mr. Lar Joye, from Dublin Port Company. The debate was concerned among other issues the recommendation on the Historical Urban Landscape approach from UNESCO, focusing on the issue of managing and protecting the heritage, as key pillar of the “Outstanding Universal Value” that determines the inclusion of a property in the World Heritage List. At the same time, it was clear that it is quite challenging to additionally be responsible for the management of different sectors that may influence the cultural heritage, such as transport infrastructure or tourism. Fortunately, there are positive exampled as it was explained by the cases of Dubrovnik and Dublin, better managing the cruise traffic and improving the coordination with city authorities.

Architectural rendering of the future Grand Quai, Port of Montreal

Port heritage in the city of Dakar (Senegal)

Positive examples can also be found in the sensitive field of collective memory. As port cities have been at the heart of a tragic and shameful commerce, the slave trade, they must be frontrunners in facing the memorial heritage of slavery and colonialism. For most of port cities in Africa, painful and ambivalent situations are left within their urbanism itself. That was the case in Dakar, the capital city of Senegal and its largest port. The City of Dakar, one of the first members of AiVP (since 1995), has tackled this issue and aims at highlighting its cultural diversity. In Dakar can be found the Isle of Gorée, a UNESCO World Heritage site, on which the memory of the slave trade is patent. Mayor Soham El Wardini, the first woman to reach this position in Dakar, explained us in an interview how she tries to integrate Port-City heritage besides its sometimes-painful memory, and to build a more harmonious city. As often in Senegal, she has underlined a cardinal value: “Teranga”, made of hospitality and positiveness.

In the final piece of this dossier, Maurice Jansen explains how he used the “Port City Instawalks” to encourage students to discover the port city identity, interpreting it following their own rhythm and curiosity. This clever exercise shows yet another innovative way to bring people closer to the port city cultural heritage, particularly younger generations. Allowing the citizens to enjoy and explore the port heritage by themselves is certainly a good strategy in times when there are limitations to social gatherings and events. 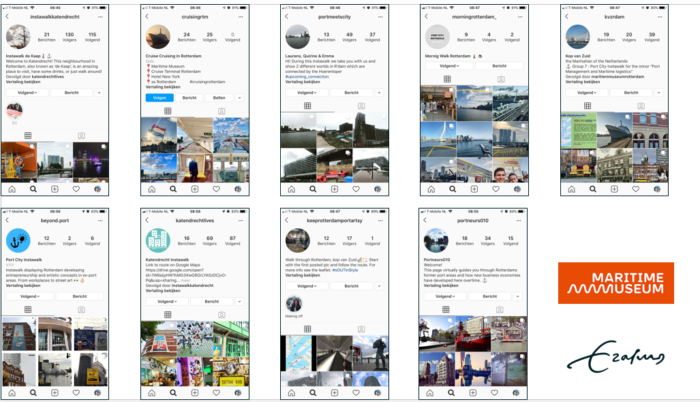 Certainly, these ideas will be useful, and hopefully they inspire new strategies to disclosed the port city culture.