What measures can be taken to decarbonise mobility? Interview with Carlos Rubio, President of the Port of Malaga

The Port of Malaga is an important cargo and cruise ship port in Andalusia, Spain. It plays an essential role in the cruise ship industry in the Western Mediterranean. Malaga, in the heart of a tourist region and at the crossroads between Europe and Magreb, is a city where mobility is of the essence. The port is located close to the city centre and forms part of the urban tissue, thanks to a rigorous port-city remodelling process. This means that the Port of Malaga is necessarily an actor in the urban planning and the mobility of the city. After the participation of the Malaga City Council in our webinar on cruise ships, we wanted to interview the Port of Malaga on the subject of mobility. We spoke to Mr. Carlos Rubio, president of the Malaga Port Authority.

The Port of Malaga has been active member of AiVP since 2016.

AIVP – In the Port of Malaga, one of the principal cruise ship ports of Andalusia, mobility between the cruise ship terminals and the city centre is one of the greatest challenges. Indeed, flows of cruise ship passengers to tourist attractions are frequently the cause of urban congestion and negative externalities for the local populations who live close to the port.
What measures could be taken to ensure sustainable mobility, despite the mass tourism brought by the cruise ships?

Mr. Carlos Rubio, president of the Port Authority of Málaga – Although it is true that Malaga is an important port for cruise ships, with an annual flow of around 500,000 passengers, for the moment we have not observed congestion caused by this activity. In 2019 the port received nearly 300 cruise ship calls. On average that is less than one per day, so in that sense the Port still has plenty of potential for growth.

We are aware of this problem, and we have assumed the responsibility and the commitment to carry out our activities sustainably. The Port of Malaga has three cruise ship terminals. One of them is only 5 minutes from the city centre on foot, so access without the use of motor vehicles is 100%.

The other two big terminals are located 15 minutes’ walk from the city centre; nevertheless, there is a wide range of public transport services, such as taxis, buses and the tourist train, to offer the passengers the best alternatives.

If the passenger wants to move around in the city centre, other alternatives are available on the wharves, such as bicycles and scooters.

AIVP – You took part in the European “Locations” project, of the INTERREG-Mediterranean programme, in cooperation with the Port of Durres and other active members of AiVP. This project was about cruise ships and their impact on the urban tissue of the port cities of the Mediterranean.
Can you tell us about the Port of Malaga’s role in this European project?

Mr. Carlos Rubio, president of the Port Authority of Málaga – Malaga was the only Spanish city included in this international work group. Together with 7 other European territories, we developed low-carbon-emission urban mobility plans and specific measures associated with cruise ships and their impacts: passenger movements, luggage transport when the port serves as a base port, goods deliveries to resupply the ships, etc.

Meetings were organised with the city’s main agents to hear their opinions on the proposals for sustainable alternatives for this issue; in this way we helped to work out a methodology which met the city’s needs, in order to reduce pollution and the environmental impacts of this sporadic mobility in the city centre. 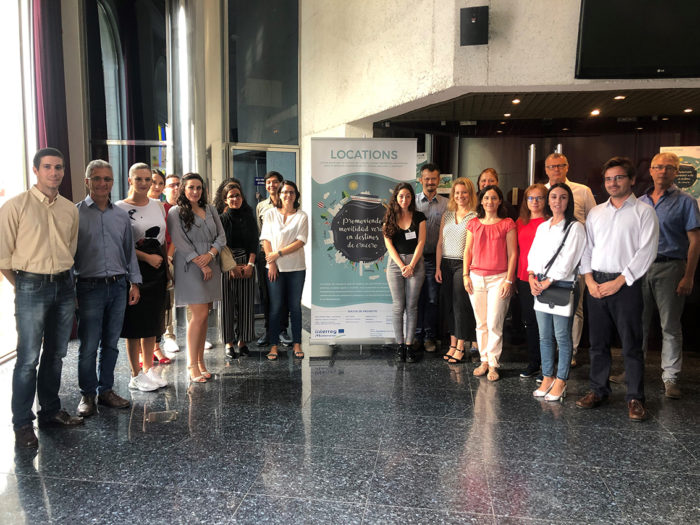 As part of the activities carried out in the framework of the project, Malaga also started specific awareness campaigns which encouraged both city inhabitants and passengers to participate, learning about their experiences in the city in order to fine-tune measures that would ensure a better quality of life for the inhabitants while maintaining the attractiveness of the city to tourists.

On conclusion of the project, which lasted three years and established the basis for sustainable mobility in all the cruise ships ports of the Mediterranean, Malaga continued to promote these measures locally. Our experience is now being transferred to other port cities and countries around the Mediterranean Basin.

AIVP – In 2016, the City Council set up a “Sectorial mobility committee”, of which the Port is obviously a key member. There are a number of work groups, addressing everything from heavy goods transport to bicycles. This committee arose out of a “special sustainable mobility plan” developed jointly with the Port in 2011.

What is your view of port-city cooperation on mobility? And what are their proposals to improve mobility at the port-city interface?

Mr. Carlos Rubio, president of the Port Authority of Málaga – In view of the Port of Malaga’s location within the city, integration between the port and the city, and coordination between the institutions involved – with whom we work closely – is fundamental. In fact, the Port Authority is cooperating with the City Council and a transport company, AVANZA, in a project called AUTOMOST. This is an R+D+I initiative to introduce automatic-driving technology in a 12-metre bus, to reinforce the commitment of the port and the city to the application of new technologies to sustainable mobility. 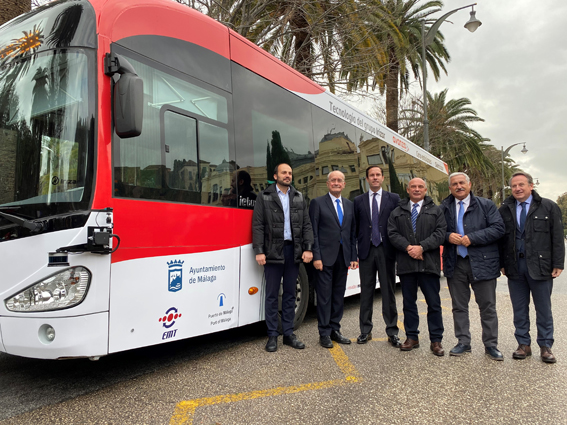 This coordination is not limited to cruise ship traffic, as we have mentioned here, but also applies to goods transport.

For this reason, bolstering intermodal transport is a very valuable factor for the sustainable development of our activities. Building a tunnel for the railway line from the station to the port, part of which currently runs through the city, is one of our main proposals and a good way of decongesting traffic in the city, while at the same time promoting goods movement which at the moment is limited for this reason.

Symphony of the Seas en Málaga