In cases where the city and port have adopted projects that are likely to come into conflict, but where local realities mean that current plans are already set in motion, consultation bodies and forums are necessary but not in themselves sufficient. The creation of a joint structure, formally laying the foundations for harmonious and sustainable development, can provide guarantees and ensure success for the territory.

The need for a common approach to planning was formally recognised in 2003 with the signing of a Memorandum Of Understanding between the City and the Port, leading to the joint « Transnet eThekwini Municipality Planning Initiative » (TEMPI) in 2006. This initiative aims to combine the objectives of the Master Plan for the port of Durban developed by Transnet, the state body responsible for South Africa’s ports, and the Durban municipality’s development plans. The ultimate aim of the TEMPI programme is to create a decision-making framework based on a shared vision and mutual understanding of future development needs for the port and the city. After decades marked more by conflict that cooperation, the TEMPI programme has helped to foster stronger relations. While there are still areas of disagreement, the parties nonetheless have a better understanding of the overall context, enabling them to work towards a mutually acceptable settlement. The programme has matured with time and, eight years after its inception, it was recognised as one of the Strategic Investment Projects (SIPs) that form part of the South African government’s national infrastructure plan. The 2050 Vision for the Durban-Gauteng Freight Corridor, published by Transnet and the eThekwini Municipality in September 2010, is part of this approach. The « Back of Port Local Area Plan » drawn up for the City by Graham Muller Associates in May 2012, and its proposals for rationalising the use of urban spaces located immediately adjacent to the port, similarly reflect a commitment to ensuring that the city and port use the available land in as harmonious a way as possible. 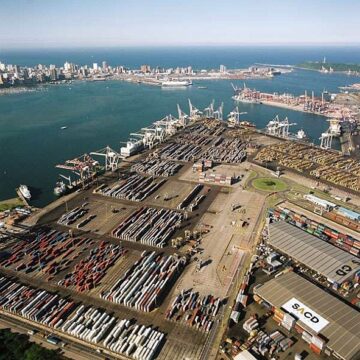