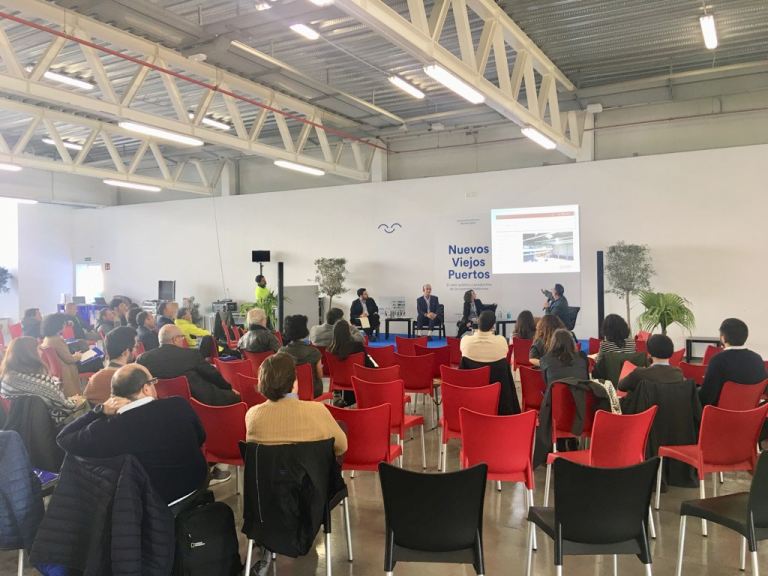 The conference “Nuevos Viejos Puertos” took place on February 7th and 8th in Valencia. AIVP was represented by José M Pagés Sánchez, external strategic adviser, who gave a keynote presentation about sustainable port city relationships in Europe. José Sánchez also moderated one of the round tables with representatives from European cases, including Bilbao, Genoa and Marseille. The conference was organized by La Marina de Valencia, the organization responsible for the new strategy for waterfront regeneration.

In this event we got the chance to discuss alternative models of waterfront redevelopment and port-city relationships. La Marina de Valencia gathered several representatives from Spanish port cities (Valencia, Barcelona, Coruña, Palma de Mallorca and Alicante), and national and international experts, to know innovative cases and debate the limitations of port governance laws.

One of the key issues discussed during the seminar was citizen engagement in regeneration processes. This topic, closely connected to the potential implementation of port centers, has become a major concern for port cities in Spain. Here, local authorities are motivated to preserve the public good status of waterfront territories, avoiding their privatization. One of the main topics discussed in Valencia was that working waterfronts are a valid approach for planning these areas, making sure they continue to generate value for port cities. In the cases of Coruña, Bilbao and Alicante we could see that port areas and business, such as warehouses, fish markets or maritime clusters present opportunities to connect different activities on the waterfront to other traditional uses, such as public spaces or leisure. 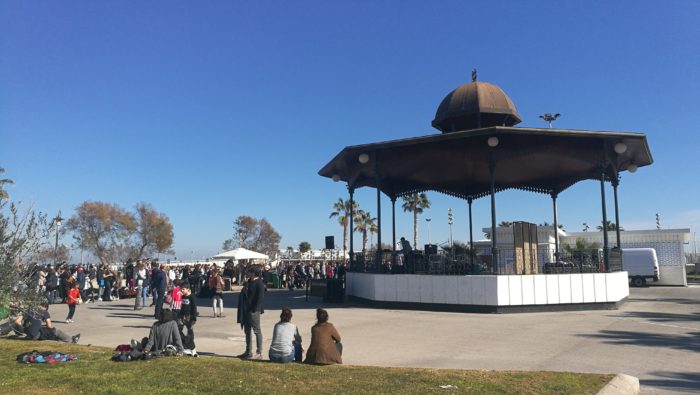 The keynote from José M Pagés Sánchez, was entitled “Sustainable port-city relationships, learning from European projects to plan for the future”. Afterwards, in the roundtable, Manu Gómez, president of Hacería Arteak in Bilbao, an organization creating cultural activities in industrial spaces in transition. Also, Maria Elena Buslacchi from Genoa showed the cultural impact of the Zones Portuaires festival. Finally, Pierre Massis from Avitem, explained the importance of collaborating with different stakeholders for sustainable development in Marseilles and the Med region.

In the conclusion we could see that alternative approaches to waterfront regeneration are possible, as it is happening in Valencia. The organizers of Nuevo Viejos Puertos, and other participants, proposed a new legal framework to define the public good, the role of port authorities in waterfront redevelopment, and the role of local stakeholders in port planning. Finally, Janet Sanz, from Barcelona’s municipality and AIVP’s VP, proposed to have a “Valencia Declaration” signed by the participants, summarizing the new demands for a new port-city relationship.