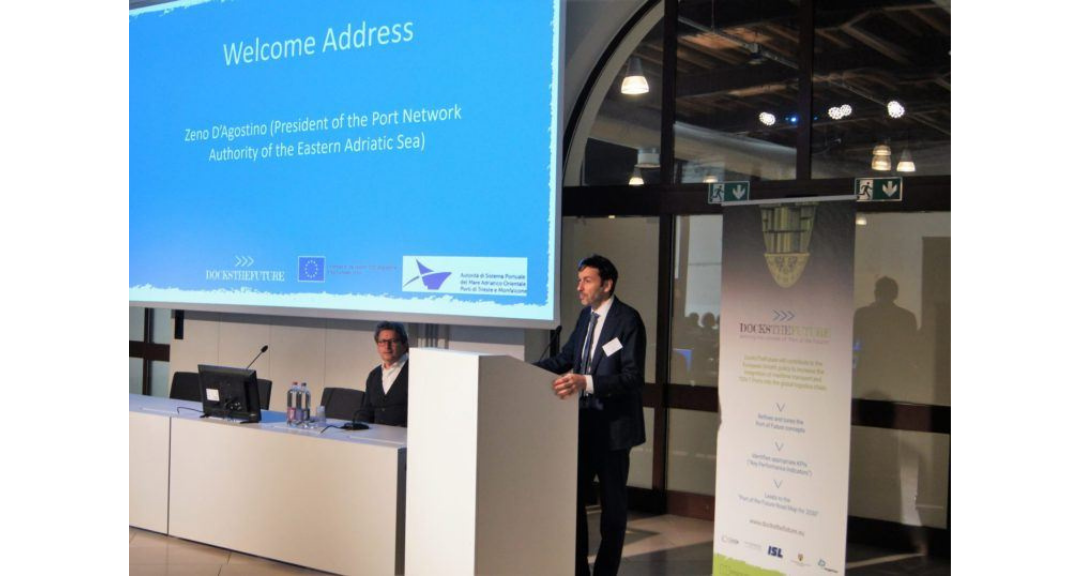 AIVP has been cooperating for the past year with several European partners in the project “Docks the future”, funded by the EU. In this project, our role is to provide expertise regarding City Port relationship and contribute to define the port of the future concept. This project is of major importance since it will help to define the investment and funding priority of the EU for the coming years.

The first presentation of AIVP introduced two initiatives that are currently been developed: the major City Port survey and the AIVP Agenda 2030. The first one should be concluded in the coming weeks and the results will be shared with the colleagues from “Docks the future”, but of course, also with AIVP members. This survey will provide crucial knowledge of the strategic priorities of port city decision makers concerning the City Port relationship. A sample of 3500 stakeholders was selected, with the target of 200 answers and five key themes questioned: spatial organisation, social interaction, environmental challenges, economic issues and governance.

AIVP has been working on the AIVP Agenda 2030 since it was presented last year in Quebec, to improve it and make it better and more useful for their members and City Port community in general. In Trieste, a preview of the final version has been introduced, where we can see clearer how AIVP translated the UN sustainable development goals (SDGs) into the City Port context. The final version of the Agenda will be presented in Riga, including a new document and dedicated website, for the official ratification of our members.

In this event, we got to know the most recent innovations that will contribute to the sustainable port of the future. For example, from Melilla, we could see that innovative concrete can be used for new breakwaters and dykes integrating circular economy principles and restoring biodiversity. We could also see how Moroccan ports are implementing e-Phyto certificates in food transportation, reducing the waste and granting fresher products in the final destination. In the case of Hamburg, we could see the potential of 5G systems and artificial intelligence, for example for truck traffic management or just on time ship arrival, saving tons of CO2 pollution.

Other EU projects, such as Pixel Port, Corealis or Port Forward also presented their most recent technological developments. One that caught our attention was the use of “serious games” for port planning. This tool would allow stakeholders to visualize the consequences of their strategic decisions in the broader port community and ecosystem. Serious games could also become a tool to engage with City Port citizens in Port Centers.

The second day counted with more presentations on the same topics and the inspiring inaugural speech by the president of the port authority of Trieste, Zeno D’Agostino. In his speech, he insisted that ports are more than cargo, and that can also be hubs for data and knowledge, but also that radical innovation is necessary.

AIVP will continue its collaboration with “Docks the future” in the coming months, providing feedback on different port issues that could be linked to City Port relationships. We look forward to discussing our implication in this projects and others in the coming AIVP Days in Riga, next June.

The press release from the port authority of Trieste