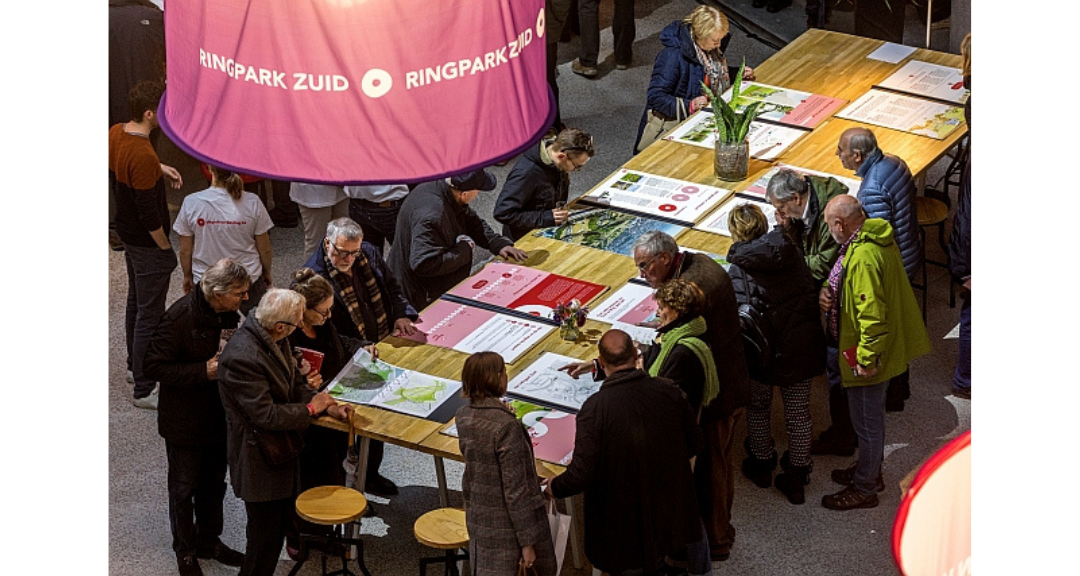 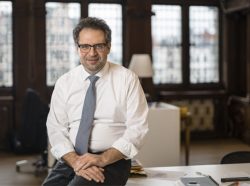 The  City of Antwerp and the Port of Atnwerp are members of AIVP since 2008.

AIVP – Can you briefly outline the main mobility issues for the City and Port of Antwerp, and the principal measures you have identified for tackling them?

M. Koen Kennis, Vice Mayor for mobility – Antwerp hosts the second biggest port and the largest petrochemical cluster in Europe. The existing Antwerp ring road (R1) is part of the Transeuropean (TEN-T) core network. At present the loop of the R1 is not completed: in the north-west a part is missing. Due to insufficient capacity, the R1 faces structural congestions. As a result of its layout and the diversity of road users (transit and urban traffic, freight and passenger transport, etc.), the R1 is also confronted with persistent safety issues. In order to solve the bottlenecks and mobility problems in the Antwerp region, a third connection, the ‘Oosterweel link’, is of vital importance. The Oosterweel mobility infrastructure and the capping of the ring road are closely intertwined. The complete cap requires a clear mobility choice now. Even the first phase of the cap has to fit into a clear and cohesive plan for future traffic flows. A third Scheldt crossing will improve the city and the port’s accessibility and reduce congestion on the southern part of the ring road. The design will also unbundle transit and local traffic. Works started in 2019 and the Oosterweel connection will be in use from 2026.

AIVP – Did you encounter any obstacles when creating the project? If so, what were they? What practical steps did you take to overcome them and build the project with the main stakeholders concerned, especially the Port of Antwerp?

M. Koen Kennis – For about two decades the plans for the completion of the ring road with a third Scheldt crossing, have gone back and forth on the agenda of the Flemish government and the City Council. In Antwerp, the citizen movements StRaten-generaal and Ademloos raised public concern on the above mentioned issues of mobility and air quality. These concerns led to severe opposition to the plans for Oosterweel, including a local referendum and court procedures. In 2014 a third group of local citizens from different backgrounds (architects, engineers, teachers, etc.) launched an idea of a large-scale infrastructure project that proposed a complete redesign of the road system. This NGO ‘Ring Genootschap’ was a bottom-up initiative unique in Europe, proposing a covering of the ring road as a sustainable solution for improved mobility, healthy living conditions and more green space. The “Ringland” campaign quickly gained momentum through active communication, public hearings, festivals and other events.

In 2015-2016 the challenge therefore lay in evolving from a confrontational situation to a (co-)productive collaboration which could benefit from the citizen knowledge and momentum that had been mobilised. In March 2017 a consensus was reached with the signing of ‘The Treaty for the Future’ (see below), which included all main stakeholders, amongst them the Antwerp Port Authorities.

AIVP – Similarly, how did the project evolve in response to the public consultation, for example in terms of plans for the Oosterweel site?

M. Koen Kennis – The demands of various citizen initiatives to combine the completion of the Antwerp ring with a complete cover for the ring Road led to the appointment in 2016 of a curator (‘intendant’), with the mission to achieve consensus for a complete road cover and to initialise follow-up projects. In the autumn of 2016, after 10 months of intensive consultations and collaboration with the various stakeholders (the three big citizen movements, the City of Antwerp and the Flemish government), the curator managed to draft an ambition statement for the cover for the ring. It was the result of an intense period with over 50 workshops and 100 working sessions including about 3500 experts and policy makers, 3000 citizens, companies and organisations. The result: a coalition was formed on the basis of a shared vision.

In March 2017, the curator also managed to reach a historical consensus on the tracé for the completion of the ring, in which the Flemish government, the city of Antwerp, the port authorities and the various citizen initiatives agree on forging an alliance for mobility and liveability in Antwerp. The “Treaty for the Future”, as it was titled, also included a funding commitment of the city of Antwerp and the Flemish Government.

AIVP – Nearly three years after the various initiatives created by the project were introduced, what is your assessment of the results? What are the next steps, and will there be any adjustments?

M. Koen Kennis – What used to be a controversial mobility project, is now a collective urban development project. In the short term the breakthrough of the political deadlock with a new governance model led to the suspension of all judicial procedures against ‘Oosterweel’. As a consequence, preparatory works for the pressing completion of the ring road could already start in 2018, whereas they would otherwise be further delayed.

More fundamentally, the approach of intensive participation and stimulating consensus is delivering results.

Within the city administration, several task forces were set up to tackle social challenges, turn them into opportunities and provide internal coordination. The horizontal approach is reflected in the name and the content of the new coalition agreement 2019-2024, called “the Big Link”. Two illustrations on the ambitions of the task force: