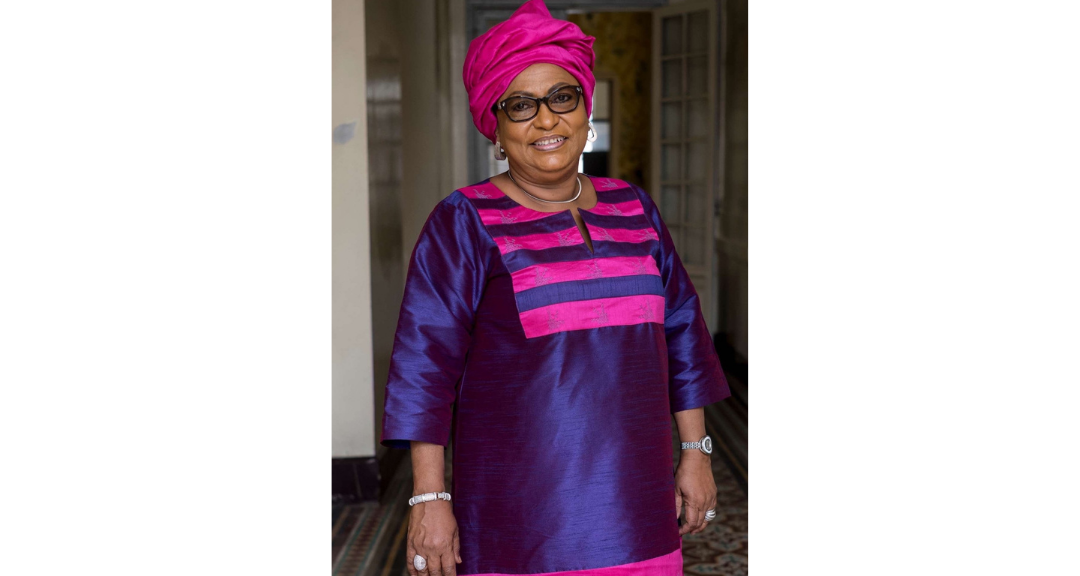 Dakar is the largest city in Senegal, and its main port. Nearly 90% of Senegal’s foreign trade passes through it, and it is also part of a Sahelian logistics corridor that runs all the way to Mali. Former French colonial capital in West Africa, it has a heritage left over from the colonial era that the City Council is trying to articulate as best it can with the rich culture of the local populations. The city’s urban planning is marked by this ambivalence. The port, which is fully part of the historic city center, is at the heart of these cultural issues, and it can be said that in Dakar the question of heritage is entirely “Port City”. Today, it is through its diversity that Dakar manages to maintain an exceptional cultural dynamic, and in order to discuss this subject, the AiVP wished to interview the Mayor, Soham El Wardini.

The City of Dakar has been an active member of the AiVP since 1995.

AIVP – Dakar is often described as one of the continent’s most creative cities, with a strong cultural identity and a rich history that is frequently highlighted by the Organization of World Heritage Cities (OWHC). Dakar grew from its natural port, and its identity has been forged by that port history.
Speaking from your perspective as a former head of cultural affairs, and now as the city’s first woman mayor, could you tell us about what makes Dakar culturally unique as a port city?

Ms Soham EL WARDINI, Mayor of Dakar – To understand Dakar’s cultural strength, you have to look back at its history. With its port, Dakar was the most important city in French-speaking Sub-Saharan Africa in the mid-twentieth century. Dakar was also a cosmopolitan city with a very racially diverse population, as there were 300,000 non-Africans in the city and a host of different peoples, travelling by the maritime trade routes and settling in Dakar.

It is a crossroads created by the integration of the African continent and South America into Europe’s economic system. Its advantageous geographical situation means that Dakar is more a metropolis than merely a city. The vibrancy of this crossroads city stems from its unique network of relationships.

The Port of Dakar was used by colonists as a platform for rapid economic expansion, and would become the main source of the city’s power. At around the same time the port was being built, the General Government was moved from St Louis to Dakar, effectively consecrating the city as the hub of power in the Sub-Region.

From the outset, Dakar was a highly cosmopolitan and multicultural regional city, but also an international one. Its diversity gave it incredible cultural riches, both material and intangible.

It also bears all the scars and impacts of its colonial past. On the one hand, there was the “White City of Dakar” centred on the port, which was built for the needs of the affluent people in charge of administering the region. On the other, there was a “Black City”, neglected by the architects and with little in the way of permanent facilities for the benefit of the indigenous peoples. That dichotomy can still be seen today, as the heritage from that time remains very present.

Incidentally, the Lébous, a fishing people, were the first inhabitants of the Cape Verde Peninsula and made fishing a major feature of this port city.

So Dakar has always been very much a “meeting place”, a welcoming city where different people come together, reflected in the traditional values of TERANGA and openness to the wider world. A gateway to the African continent, it has all the attributes of those international capitals that bubble with energy and diversity, always looking outwards to the world outside.

AIVP – Dakar has always been at the forefront when it comes to issues of remembrance, which are often difficult to talk about. The Museum of Black Civilisations which opened in 2018 and Gorée Island (a UNESCO world heritage site) are powerful tools for commemorating the dark days of Dakar’s history, the slave trade and the colonial era.
Could you tell us about this historic heritage in Dakar’s culture, and your work with Port Autonome de Dakar in this area?

Ms Soham EL WARDINI, Mayor of Dakar – Dakar is focused on looking forward, and needs to have a conversation with its past in order to build its future. Remembrance is a very important issue, and it is absolutely vital for us to confront our own history in a measured, considered way, in order to understand ourselves.
The world is currently becoming a polarised place, and there is an urgent need to ensure we do not fall into the trap of resentment and vengeance, and instead understand that we are the product of multiple, diverse cultures.

In the end, the duty of remembrance is simply about learning forgiveness in order to bring about peace.
The City works closely with the Port of Dakar, particularly since the two organisations signed a partnership agreement. Under the partnership, the link between Dakar and Gorée is now a shared concern and a powerful cultural symbol of remembrance, an important place of interest for tourists that we share, and Gorée is one of the municipalities of Dakar.

AIVP – The port identity has implications for the urban landscape. The “Gorée Tower”, plans for which were unveiled last year, is to be built just on the boundary between the City and Port, and will be a reference point on the Dakar skyline.
How do you take account of the port identity in your approach to city planning?

Ms Soham EL WARDINI, Mayor of Dakar – City planning raises vitally important issues, at a time when rampant “rurbanisation” has seen the population grow at an incredible pace over the last 30 years. People have been settling on the Dakar peninsula in a haphazard way, creating very strong social and environmental inequalities. Social and environmental injustice are also inextricably linked. We are taking a close interest in this problem, and port zones are good places in which to analyse the issues and identify the challenges involved.

The city of Dakar is currently engaged in a wide-ranging review focusing on the redevelopment of the downtown area, of which the port of Dakar is an integral part. This is a shared process with organisations including Port Autonome de Dakar, the Senegalese Ministry of Urban Planning, the city of Rabat, United Cities and Local Governments of Africa (UCLG Africa), UN-Habitat, and the Moroccan Federation of Urban Agencies.

Preserving and improving the coastline is one of our key concerns, in an area where land and property pressure is endangering the safety of residents in the Dakar Region. We believe it is essential to work on conservation issues, and to lay the foundations for future development looking ahead to the next 20 years.

Preserving and showcasing the City of Dakar’s material and intangible heritage is another of our major priorities. We have completed work to renovate City Hall, which has a close relationship with the Port, a colonial building, and are embarking on a project to identify local cultural issues across the City. The local cultural project is treated as a shared strategy based around different actions for culture, specific to each local situation, with contributions from civil society.

As a local authority, working on cultural issues, we put public action at the heart of the activities, disciplines and stakeholders that make up this territory. It is the platform needed for responsible and sustainable cultural development. It is an essentially transformative approach to meet the needs of local communities.

AIVP – The City of Dakar signed up to AIVP’s 2030 Agenda last February, and this document includes the city-port identity among its priorities.
Which of the measures suggested in Goal 6 of the AIVP Agenda do you see as relevant and could be supported or implemented in Dakar?

Ms Soham EL WARDINI, Mayor of Dakar – All of the measures are interconnected and provide for an integrated vision of port cities. In that sense, they are relevant.

That is the thinking behind the project we are undertaking in partnership with the city of Rabat and the Moroccan Federation of Urban Agencies: to create urban continuity between Dakar city hall and Port Autonome de Dakar, with urban landscaped developments and pedestrianisation.

Our aim is to make the city of Dakar a more pedestrian-friendly environment once more. That aim goes hand in hand with the development of cultural, sporting, and tourist activities, some of which could be created around the port of Dakar. That priority is also reflected in the partnership agreement signed between Port Autonome de Dakar and the city of Dakar. In its role as a developer port, the Port of Dakar is supporting all of the city of Dakar’s projects aimed at promoting harmonious development for the capital city and the well-being of citizens, through programmes like “Dakar, Clean City”.

The partnership has been strengthened by the Covid-19 crisis, with both organisations driving health and safety and awareness-raising actions to tackle the pandemic.