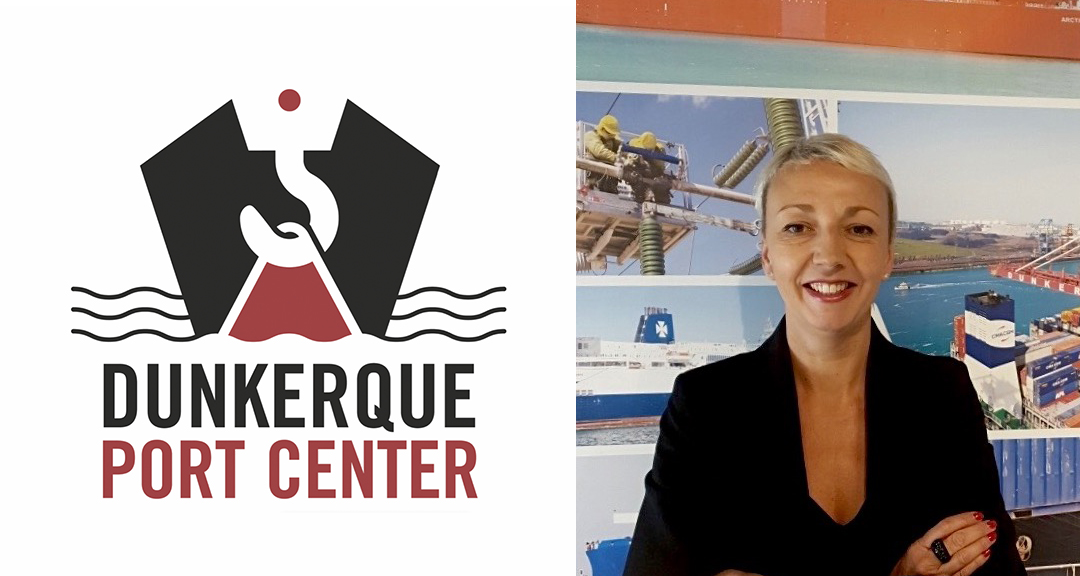 The Grand Port Maritime de Dunkerque has been an active member of AIVP since 1989.
The Communauté Urbaine de Dunkerque and AGUR are also members.

AIVP – Plans for a new Port Center in Dunkirk were announced in September 2018, backed by three main partners, the Port Authority, the Urban Community, and the Port Museum Association, ACMAPOR. Can you tell us more about the process, from its beginnings to the official opening just a few days ago?

After several years under consideration, the launch of the Port Center project was announced in January 2018 and the Dunkirk Port Center association was set up in September 2018. The trigger was the public debate surrounding the port’s major “CAP 2020” development project, which took place in 2017. It served to highlight the distance between the port, its local territory and the population, a distance notably created when the port was closed for safety reasons and gradually shifted away from the city centre. Today, the biggest vessels dock 17 kilometres away from the centre of Dunkirk! So people had questions about that, and knew relatively little about the port’s activities.

Once the association was set up, the process of actually creating the reception centre began. In January 2019, a project manager was recruited, Lucie Taverne. Her role was to work with me on the design of the Port Center’s permanent exhibition. We identified seven themes, to showcase the port world through the example of Dunkirk. We worked with all of the port community’s stakeholders, including GPMD, trades unions, and businesses. along with the people concerned by urban development, such as the AGUR, the tourist industry, higher education, and community services.

The Port Center was originally due to open on 9 April, but due to Covid-19 it was postponed until 4 July 2020.

AIVP – Each Port Center has a different governance structure, and this is often one of the first challenges. In your case, you rely on three main partners. Can you tell us how you are able to juggle their concerns?

Delphine Taleux-Grisot,Port Center Dunkirk – The three partners complement one another perfectly, and each has committed to the project in a different way.

The Dunkirk Urban Community (CUD) brought the investment needed to bring the premises into line with standards, and also the scenography. Grand Port Maritime de Dunkerque (GPMD) is funding the operating costs. With their knowledge, expertise and local actions, GPMD and the CUD are two essential stakeholders when it comes to the issue of relations between the city and port. They work closely together on a daily basis.

The Port Museum houses the Port Center on its premises, and provides the benefit of its own expertise. It brings experience and know-how in the areas of hosting members of the public, designing exhibitions, mediating, knowledge of the port and its development over time.

Other partners could potentially join the Port Center’s Board of Directors soon.

AIVP – When speaking to the media, you have frequently referred to the 2001 terrorist attacks and the safety standards imposed by the ISPS code. Those safety regulations effectively place a barrier between ports and citizens. What do you see as the biggest challenge currently, for bringing the public closer to their port and promoting a better understanding of it? Or, to put it another way, what is the new Port Center’s main driving motivation and mission?

Delphine Taleux-Grisot, Port Center Dunkerque – In an international economic context where maritime trade represents 85% of global trade, the creation of a Port Center in Dunkirk has several aims:

Re-forging a connection between the population of Dunkirk and the port world is vital for the future of this area.
That means targeting all audiences, from Dunkirk residents and tourists, to school pupils, students and academics, by welcoming them to the Port Center’s information and exhibition area and organising exclusive tours of the port!

We want visitors to the Port Center to realise that the Dunkirk port community and its many stakeholders (businesses, associations, etc.) make a huge contribution to the added value of the local area. That’s essential to ensuring the port is accepted by the population.

Delphine Taleux-Grisot, Port Center Dunkerque – Philippe Bertonèche, the Chairman of ACMAPOR, the association that runs the Port Museum, is also the Treasurer of the Dunkirk Port Center association. Personally, I am director of the Port Center and the Port Museum. So we are both committed to both structures and guarantee their independence, but also their complementarity.

The Museum’s role is to preserve, conserve, and promote heritage. It has always striven to explain how Dunkirk and the local area have evolved over time. It has also been our duty to talk about the port of today, mainly through our temporary exhibitions, but also through a specific calendar of events and activities all year round. However, we needed to take things a step further, and visitors were asking to go inside the Port.

The Port Center enables us to explore the subject in greater depth, and to showcase the port’s development projects like CAP 2020, to which we dedicated a whole section of the exhibition. Above all, though, we will now be able to bus visitors into the port itself. The Port Center does not have any collections like the Museum, and mainly relies on videos and multimedia resources, in addition to traditional explanatory panels. The whole experience has been designed to be easily updatable, to keep up with the port as it develops.

AIVP – The pictures circulating on social media show a colourful set of large displays, and we have learned that there will be seven key themes. Can you tell us a bit more about the design of the Dunkirk Port Center’s exhibition?

Delphine Taleux-Grisot, Port Center Dunkerque – We worked with a scenographer (Going Design, Cédric Guerlus) and a graphic artist (Les produits de l’épicerie) to create the exhibition. It all began with a tour of the port. They produced a photo report, that enabled them to come up with a palette of colours to be used in the exhibition. So it features the colours of steelworks, bulk cereals, containers, and all of the different sectors of activity. Next, the scenographic design parameters meant that all of the exhibition modules needed to be easy to move and modify. We have to be able to update the information without having to make a whole new module every time. It also allows for more flexibility in reading texts that have been created separately. Visitors are free to explore the exhibition in their own way.

This area of the Port Center needs to be able to host a calendar of events and activities, with theme-based days and conferences or lectures. So the space can be completed emptied and has capacity for up to 100 people seated in a conference layout.

AIVP – In addition to their permanent exhibitions, Port Centers rely on a variety of events and activities. However, the Covid-19 epidemic has cast doubt on these gatherings. Can you tell us what the Dunkirk Port Center’s calendar is for the next few months? And have you made any adjustments for the current Covid-19 situation?

Delphine Taleux-Grisot, Port Center Dunkerque – Obviously, we have to take account of the current health situation. We have experience in welcoming members of the public to the Museum, and are now quite capable of creating events that satisfy the health requirements.

Today, in addition to providing masks and hydro-alcoholic gel, we have created booklets for children as a fun way to explore the exhibition, freely and without touching anything, to prevent contact.

We also organised a first public of the port in an open-top bus, which was a success. We limited the number of places, and visitors were required to wear masks. The next tour will be on 21 August 2020.

From September, we intend to organise monthly port visits on a variety of themes. The Port Center is the only organisation authorised to take visitors into secure areas that are normally off-limits to the public. We also handle all non-commercial requests for port tours (from schools, universities, businesses, etc.), working smartly with other local tourism organisations such as the Office of Tourism.

Alongside that, we organise theme-based days on port careers and meetings with professionals.

The calendar of events is in progress and will be published on our website www.dunkerqueportcenter.fr and our Facebook page in September.