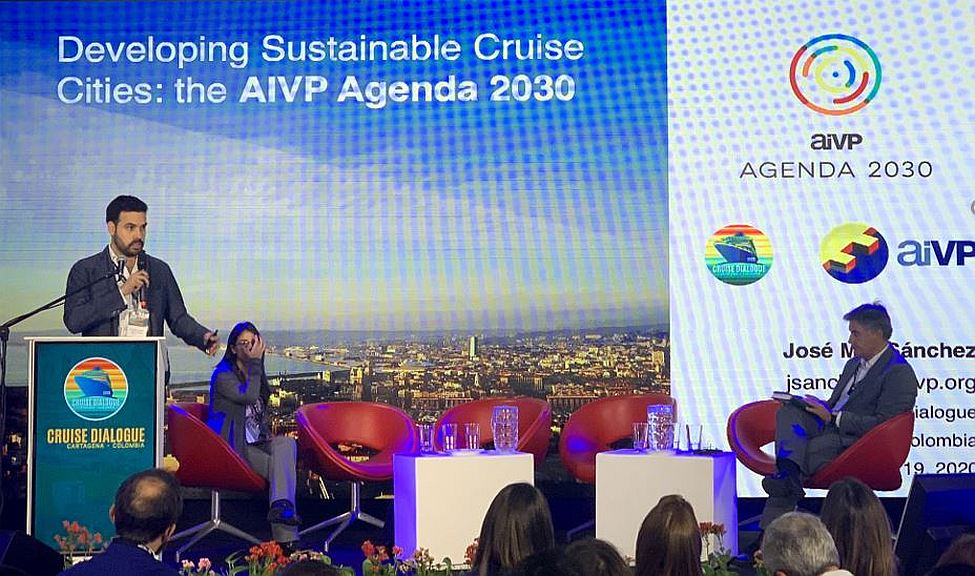 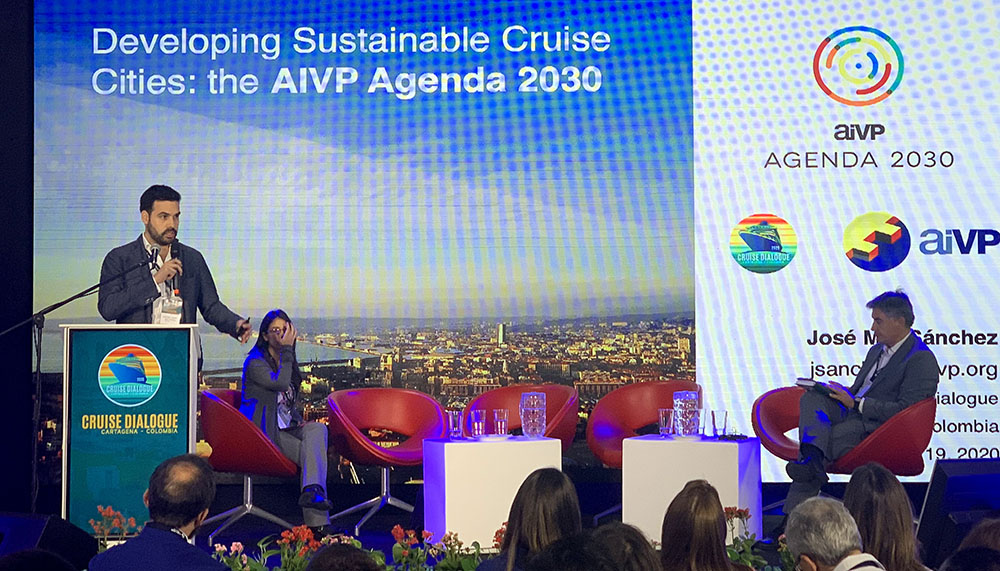 The Cruise Dialogue congress which took place from 19 to 21 of February 2020, gathered global experts in Cartagena de Indias (Colombia), to discuss the positive and negative impacts this activity causes in port cities. Diverging opinions showed the different perception of the challenges, but it is clear that better cooperation between ports and cities worldwide is needed. AIVP supported the event with the presentations of our own experts and members.

An international conference on “Cruise, Ports and Cities”

The International Association of Maritime Economists in cooperation with University of Los Andes and other private and public actors organized the first Cruise Dialogue. The event, coordinated by Professors Thanos Pallis and Gordon Wilsmeier brought together academic and industry experts from all around the world to debate the consequences of this activity for port cities. The mix between representatives of academia, port authorities, cities and sector companies showed the divergent opinions and different sense of urgency to tackle challenges like mass tourism or balance between industry demands and return of investment of port cities. The host, Port of Cartagena, is one the main cruise port of Colombia in the highly competitive market of the Caribbean.

The issue of cruises in port cities is increasingly gathering attention and the balance between negative and positive externalities is currently questioned. While cruises are indeed an opportunity to bring citizens closer to the port and the water, some port and urban managers and academics argue that the business model from leading companies does not provide enough benefits to compensate the negative effects, such as pollution, traffic congestion or massification of city centers. Hence, a dialogue between all relevant actors is indeed necessary to find some middle ground.

While private company representatives defended the benefits cruises provide to hosting cities, emphasizing the positive economic impact, other focused on the negative issues and the need to make corrections. Although climate change and mass tourism are global problems that reach far beyond port cities, cruises have become a symbol for society. The citizen’s pressure is affecting urban and port governance, particular in European cases, where the balance is more fragile.

AIVP was invited to present the AIVP Agenda 2030 and its relevance for cruise activities in port cities. José M P Sánchez, external strategic adviser, made a presentation explaining the global reach of the Agenda and its potential to streamline the actions and strategies of port city actors towards sustainable port-city relationships. In his intervention, he emphasized the environmental and social challenges posed by cruises, but also how AIVP members are addressing them. Electrification of quays, providing alternative fuels, developing mixed uses in cruise terminals, or consulting the local population are only some of the measures that can be taken.

AIVP was also represented by several members. Ms. María del Mar Perez Cortes, cruise manager at the Port Authority of Barcelona (Spain) showed how the port is handling more than 3 million cruise passengers entering. This port has committed 60 mill € to provide on shore power to docked vessels in order to reduce their emissions while at port.

The Port Authority of Venice was also present in the debate, defending a critical perspective of the industry. Being probably the most extreme and mediatized cases, the President of the port, Mr Pino Musolino, introduced his initiative “Cruise 2030” to answer the challenges Venice is facing. His main goal, developed in cooperation with 8 other European ports, is to pressure the industry to develop a more sustainable business model. Among several measures, he proposes a “Euromax” cruise ship class more compatible with the scale of historic European port cities. Cruise 2030 was originally introduced in September 2019, becoming a first case of ports working together to tackled this issue.

Dr. Pedro Marín Cots, from the OMAU (Urban Environment Observatory) of Malaga (Spain), also participated in the conference, providing an urban perspective. After showing the success of several urban regeneration plans in the city center and waterfront, he also presented his critics to the increase tourism. Costa del Sol, where Malaga is located, in one of the main tourist destinations of the Spanish coastline. As Mr Marín Cots explained, mass tourism is disrupting social tissue of the city. Short term renting for tourists has disrupted the real estate market, forcing local population to abandon the historical center for cheaper locations. At the same time, the touristification of traditional streets and squares changes the diversity of business that used to be in these areas. Urban congestion is also another problem, since tourist groups often concentrated in the same neighbourhoods, at the same time. While Malaga may have not reached yet a tipping point, Mr. Marín Cots questions the balance between positive and negative effects of this sector based on solid arguments.

An undeniable need for dialogue between all the cruise industry players

In the different presentations during the three-day congress, it was possible to see that opinions divers not only between private sector and public authorities, but also pending on the provenience of the speaker. Representatives from more mature markets have shown the more negative aspects of intense cruise activities, sometimes even questioning the ROI on its infrastructure or public services. However, there are also port cities that see it otherwise. The central and local governments of Colombia and private port operators still see the cruise industry as an opportunity for economic growth and well-being. Tourism has a significant role in the economic model of many Caribbean states, often being the leading sector by far. Hence, it is understandable this different perspective.

The carry home message in this event was double. On the one hand, in port cities with intense cruise activities, the local actors need to coordinate actions, including the industry as well, to reduce the negative effects, regaining a certain balance. In some cases, this may even include hard capping to cruise and passenger figures. On the other hand, port cities that are “later comers” to the cruise sector, need to learn from the issues of veteran cases, developing plans to structure the potential growth and respond to negative externalities. What it is certainly clear is that AIVP and the AIVP Agenda 2030 will be there to help all port cities in their path towards sustainability.

balance between cruises and their externalities