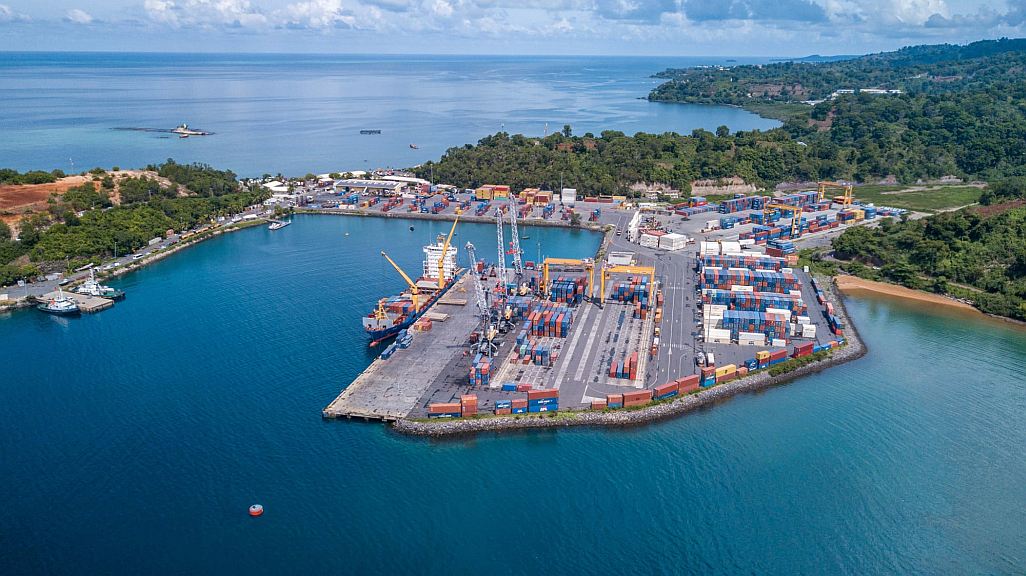 The Port of Mayotte, which was created by Prefectural order on 7 October 1992, is spread over several sites in different locations: Dzaoudzi, Longoni and Mamoudzou.

On 13 November 2013, the Departmental Council awarded a public service concession contract to a private operator Mayotte Channel Gateway, to operate the commercial port.
The sites concerned are the deep water port of Longoni (with a draught of 14 m), which has two docks and an oil and gas terminal.

The concession covers the operation of Mayotte’s biggest commercial port, the pontoon for cruise passengers in the Mamoudzou roadstead, and the Badamiers delivery point in the Dzadoudzi roadstead on the island of Petite Terre, which is connected to oil pipelines.

The two marinas in Mamoudzou and Dzaoudzi are operated under concession by the Mayotte Chamber of Commerce & Industry (CCI).
Finally, an international ferry terminal in Dzaoudzi which serves passengers using regional lines is operated by the Departmental Council, completing the port facilities at the Port of Mayotte.

The commercial port is an economic engine for Mayotte, and a key infrastructure for connecting the archipelago with the rest of the world.
Maritime traffic bringing imported goods to Mayotte is growing at an annual rate of around 4%. This French and European port enjoys a privileged location in the middle of the Mozambique Channel, some 300 km off the coast of Madagascar and 500 km from East Africa, an undeniable asset in this highly promising regional economic context.

The Port of Mayotte’s development projects are part of the 2015-2021 plan, work to define the Regional Development Plan and Regional Tourism and Leisure Development Plan for Mayotte (all of which are currently works in progress).

We are a relatively new département of France (created in 2011) and an Ultra-peripheral Region (since 2014). There are increasing requirements in a variety of areas, and so a large number of infrastructures need to be developed or created, including the Port. By joining AIVP, we hope to take inspiration from what other cities are doing, learn from their experience, and avoid potential pitfalls.

We want to draw on a wealth of international expertise and access to international networks, to build up our knowledge and access sources of funding. Joining AIVP’s Indian Ocean group represents a real opportunity for Mayotte.

What can you bring to AIVP (expertise, information about projects, others)?

Bringing our geographic location to bear in this promising context for oil and gas deposits in the region, when operations are starting up. Providing information about the various development projects in our area.

To find out more about Mayotte, visit: (In French)