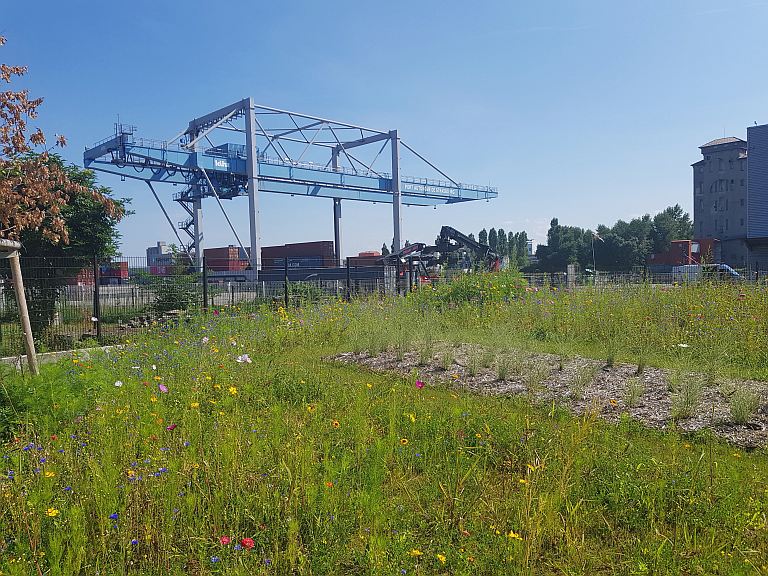 The various sites operated by Port Autonome de Strasbourg are all located in the Rhine valley, an environment rich in biodiversity. Eager to sustain and develop its activities over the long term, the operator is also committed to preserving that local biodiversity through numerous initiatives. The strategy is fully in line with Commitment no. 10 of our AIVP 2030 Agenda.

AIVP – Ten years ago, you committed to a pro-active, pro-biodiversity strategy. What are the main lines and objectives of that strategy?

Since 2011, PAS has been committed to preserving biodiversity. When shaping our corporate social and environmental responsibility policy in 2018, we identified biodiversity as a priority part of the ecological and energy transition aspect. In 2019, we were keen to acquire a genuine biodiversity strategy to structure our different actions, take things to the next level, and be accountable. That led us to work with Strasbourg’s Urban Planning Agency (ADEUS), which highlighted the very rich woodland environment around the port, the important heritage trees in the port itself, and the species found on our land.

Our strategy is focused on two key objectives: preserving and improving environmental continuities to ensure that ecological functions can continue, and preserving biodiversity while striking a healthy balance with our sites’ economic activities.

AIVP – Can you give us some examples of the actions you have taken?

Emilie GRAVIER, Director of Development – As early as 2011, we enlisted the help of an association to conduct an assessment of the way we maintained our different spaces, and identified actions for improvement, all of which have been implemented. These includes differentiated management of green spaces with specific mowing and pruning, planting flower meadows, integrating best practices right from the design stage of landscaping and installations, and testing the use of alternative methods and products to chemicals. Thanks to these measures, we earned “Two Dragonfly” certification in 2014, a label awarded by the Water Office and the Grand Est regional authority to recognise the use of biodiversity-friendly techniques to maintain green spaces. That initial contact with an environmental protection association was very positive, and led to other productive exchanges.

In 2016-2017, we established links with Haies Vives Alsace, which led to hedgerows including local species being planted on port land. At the request of fishing federations, PAS has been clearing weeds at a distance from the river banks since 2017, to encourage the reproduction of fish while keeping the waterway open for shipping. In April 2021, teams from Alsace Nature spoke to the port’s staff about how to maintain grassy areas in an environmentally responsible way.

At PAS’s own initiative, bee hives and insect hotels have also been installed across the port’s land.

More recently, we joined forces with the association “Les éco-pattes” to create eco-pastures on our land in Lauterbourg, with a flock of Heidschnucke sheep, which will soon be joined by Galloway cattle and Camargue horses. The measure is designed to re-establish biodiversity and restore an extensive Ried-style prairie landscape, as a bulwark against invasive exotic species that harm plant biodiversity on the land concerned. That action was part of our strategy.

AIVP – What are the results of your actions so far, and how do you see them developing in the future?

Emilie GRAVIER, Director of Development – It’s still a little early to draw any conclusions on the eco-pasture that was only launched last September, but we have plans for close scientific monitoring, to learn lessons and improve our knowledge of ecological biodiversity management.

However, the various actions we have taken since 2011 have produced very positive outcomes. They have also changed people’s thinking, whereas for a long time, a lawn that wasn’t kept trimmed down the last millimetre was seen as neglected.

Beyond the actions themselves, it actually serves to prove the benefits of the method: not retreating into a corner, but instead working in partnership with local stakeholders, particularly environmental groups, to define and implement useful measures. And that’s is exactly what our strategy is all about: establishing this partnership-based territorial approach for the long-term.

AIVP – What do you do to ensure that existing businesses, or those looking to set up bases on port land, are included in your strategy to promote biodiversity?

Emilie GRAVIER, Director of Development – The involvement of enterprise is very important to creating a biodiversity-friendly port. If the port’s workers don’t use phytosanitary products in public spaces, but companies on the other side of the fence don’t adopt the same practices, the goal can’t be achieved.

We have just launched a new biodiversity project dubbed “Es’PAS” in partnership with the Naturalistic Data Agency of the Grand Est region, the Planning Agency, and Eurométropole de Strasbourg, the city’s metropolitan authority. The project will enable us to model the movements of species in the port, identify obstacles, and determine the development work needed to overcome them. In fact, a very important part of this project is precisely about involving port enterprises in this issue through workshops. We are optimistic about their involvement, as a recent survey found that many companies are keen to work with us on this issue.

AIVP – Finally, how are you cooperating with other stakeholders concerned by these biodiversity issues, such as the City and Eurométropole de Strasbourg, or associations and experts?

Emilie GRAVIER, Director of Development – As I mentioned, cooperation is central to our biodiversity actions. On this issue, we never want to be going it alone. The port is part of blue-green infrastructures that extend far beyond our territory, and if we want to be relevant, we need to work with the local people who know, and on the right scale. The new Es’PAS biodiversity project is set to be crucial going forward, for our future actions, and local stakeholders have been included right from the outset.

AIVP – Ten years ago, you committed to a pro-active, pro-biodiversity strategy. What are the main lines and objectives of that strategy? AIVP – Can you give us some examples of the actions you have taken? AIVP – What are the results of your actions so far, and how do you see them developing in the future? AIVP – What do you do to ensure that existing businesses, or those looking to set up bases on port land, are included in your strategy to promote biodiversity? AIVP – Finally, how are you cooperating with other stakeholders concerned by these biodiversity issues, such as the City and Eurométropole de Strasbourg, or associations and experts? 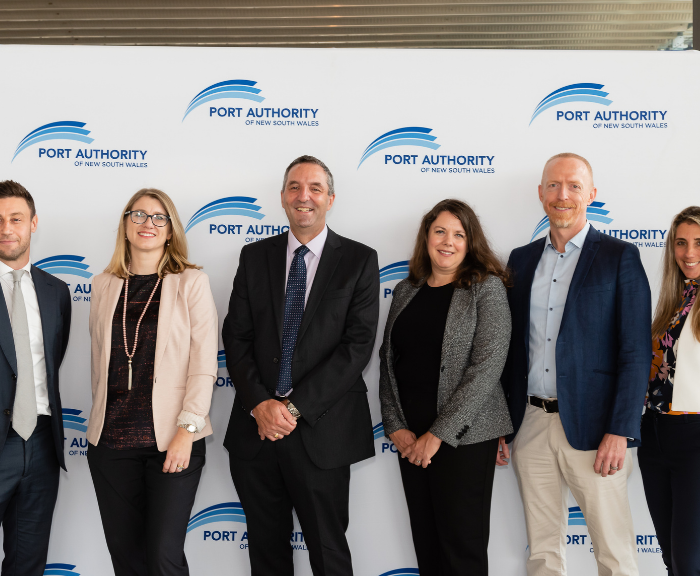