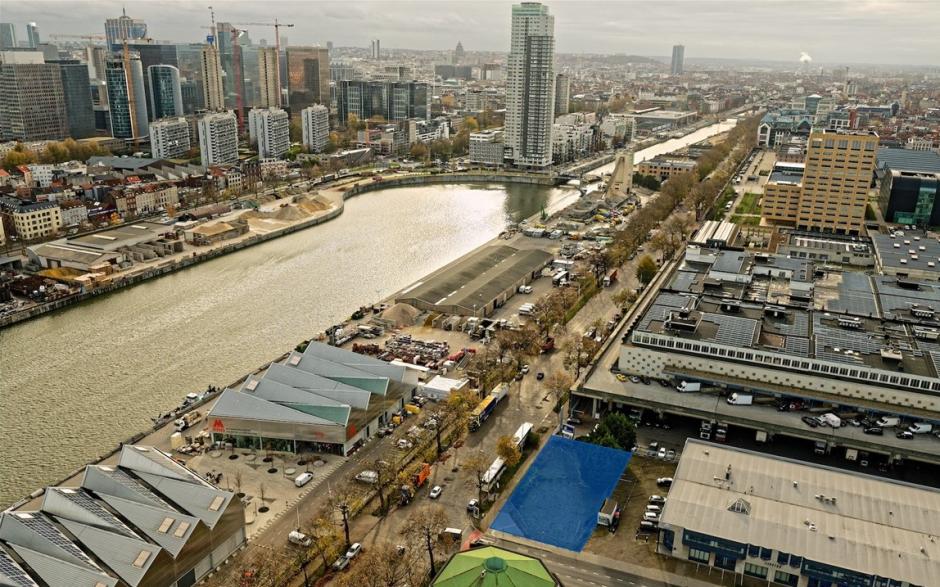 The energy transition in port cites doesn’t depend only on the ships, how we build and manages our buildings plays a major role, as Yann Usseglio, Marketing Director from Accenta, explains in this article.

Ports and port cities can play a central role in the global energy transition, if they focus their efforts on phasing out the use of fossil fuels for heating and air-conditioning in buildings.

What is meant by “energy transition”?

The energy transition can be a confusing subject, as different people with different interests see it in different ways, and because it has much to do with technologies. However, if we concentrate on the basics, everything becomes clearer.

According to the International Energy Agency, fossil energy sources, i.e. oil, gas, and coal, accounted for 81% of the world’s primary energy consumption in 2017. But it is now accepted that the greenhouse gas emissions from burning these fuels are responsible for climate change. At the Paris Climate Summit in 2015, 195 States agreed on the need to limit global warming to an increase of 2°C compared with the pre-industrial age. And even to target an increase of no more than 1.5°C.

To achieve that goal, we need to drastically reduce our use of fossil energy. That is the energy transition. For example, France is aiming to achieve carbon neutrality by 2050, which will mean a sixfold reduction in greenhouse gas emissions between 2015 and 2050.

What uses should be reduced first?

Fossil energy is virtually omnipresent, and we are faced with a hugely important issue that requires us to act quickly and ambitiously. For those reasons, we need to focus our efforts on areas that will yield the biggest results rapidly.

Take the example of France, whose energy consumption profile is typical of many countries in the same latitudes. The transport and building industries account for 32% and 46% of the country’s total energy use respectively, a total of 78%. Any ambitious and effective strategy will necessarily mean making significant energy savings in these two sectors.

The strategic importance of adapting buildings

The building sector alone accounts for nearly half of France’s national energy consumption, and is therefore the number one priority for the energy transition. In particular, renovating existing buildings. That’s why France has introduced the “Tertiary Eco Energy Decree”, a piece of legislation designed to put all owners and users of tertiary buildings over 1,000 m² on a trajectory to cutting energy use by 40% by 2030, 50% by 2040, and 60% by 2050, measured against a baseline year no earlier than 2010. And cities have a big part to play in terms of their own existing building stock and the renovation projects undertaken in their territory.

The building sector is unusual in that it has an ambivalent attitude that it has not yet been able to resolve. The energy issues with buildings are well known. Nearly 70% of the energy we use goes towards heating and cooling them. Reducing heat energy use and eliminating fossil energy are therefore priorities. But the mass move to thermally renovate buildings, for which everyone has been calling for many years, has still to materialise. The Higher Council for the Climate is clear on the problem. On page 52 of its 2020 annual report, it singles out the building sector as being responsible for French falling behind its climate targets, with an energy-efficient renovation rate of just 0.2% per annum.

However, there is some good news. Technologies that allow drastic reductions in energy use and greenhouse gas emissions are already there. There is no need to place all our hopes in some providential technological solution. The real challenge lies in the costs involved, and how to fund them. This is especially true given that the current preferred is building insulation, which is highly expensive.

Thermal storage and digitisation: the keys to paradigm change

The development of renewable energies is often associated with the idea that significant storage capacities are needed, to compensate for their intermittent nature. A common example is the day/night cycle for electricity. But isn’t this ever more of an issue for thermal energy? Renewable energy, especially solar energy, tends to be present in spring and summer, whereas we need it to provide heat… in winter. Inversely, the winter cold would be very useful for cooling in summer. So it is easy to see that inter-seasonal storage would be the key to developing mass use of thermal renewables, and in doing so drastically decarbonising buildings.

But this solution already exists, and it is a very pragmatic one. It is called geothermal storage, and the idea behind it is to use the ground as a “thermal battery”. There is a global consensus today that it is smart, environmentally-friendly, and profitable, to use solar and wind energy to generate electricity. A similar reasoning can be applied to the ground, which incidentally has served as giant battery, storing renewable thermal energy reliably for some 4.5 billion years.

In practice, it is possible to recover the heat habitually lost by air-conditioning and solar energy during the spring and summer, to exchange that heat with a fluid that will carry it via vertical probes down to a depth of up to 200 metres, and to store it – with a yield close to 100% – in the ground, the temperature of which will rise by a few degrees locally. In winter, that heat can be used to heat buildings, allowing up to 70% reductions in the amount of energy used by their heating systems. The same approach, reversed, can be used for air-conditioning. Add in a healthy dose of Artificial Intelligence for design and predictive control systems, as Accenta does, and you get the most energy-efficient, environmentally friendly, economical solution compared with every other alternative in the market. In addition, you get up to twice the reductions in energy use and carbon emissions that you get with insulation, for a fifth of the cost. Mass deployment of geothermal storage is an opportunity to achieve the targets set out in the Tertiary Decree at the lowest possible cost, as the technology is reliable and competitive.

But decarbonising thermal energy production is not the only objective. As we can all see every day, energy is too often wasted. That means that without needing to make huge changes, we can already provide the same service while using much less energy. To do that, you have to supply the right amount of energy at the right time. That is exactly the idea behind the Building Automation and Control Systems Decree, which will require all buildings (subject to certain conditions) to have building management systems (BMS) by 1 January 2025, to control and regulate their heating and air-conditioning systems, among other things. These systems have been around for about thirty years, but new architectures like those developed by Accenta, based on digitisation and predictive analytics, make them the real energy nerve centre of a building. They also open up new possibilities in terms of energy performance.

The key role of port cities

“And seas but join the regions they divide”. That quote by the English poet Alexander Poet wonderfully illustrates the special place occupied by the sea and those who make it. The essence of ports and port cities has always been to look towards the horizon, that symbol of discovery and audacity, but also, in the end, the otherness it leads to. What does that have to do with the energy transition, I hear you ask. Well, everything, as it happens!

By definition, port cities are open to the world and connected to one another, not least through AIVP. They are better placed than any to identify the best solutions from all over the world, and to take a proactive approach to applying regulations aimed at speeding up the energy transition we all need. It’s interesting to think that in France, almost 10% of the population lives in port cities (even more if we consider metropolitan areas).. By addressing this issue, they can – by a capillary action – irrigate the world with ideas and innovations. As they have always done, over the centuries.

What is meant by “energy transition”? What uses should be reduced first? The strategic importance of adapting buildings Thermal storage and digitisation: the keys to paradigm change The key role of port cities