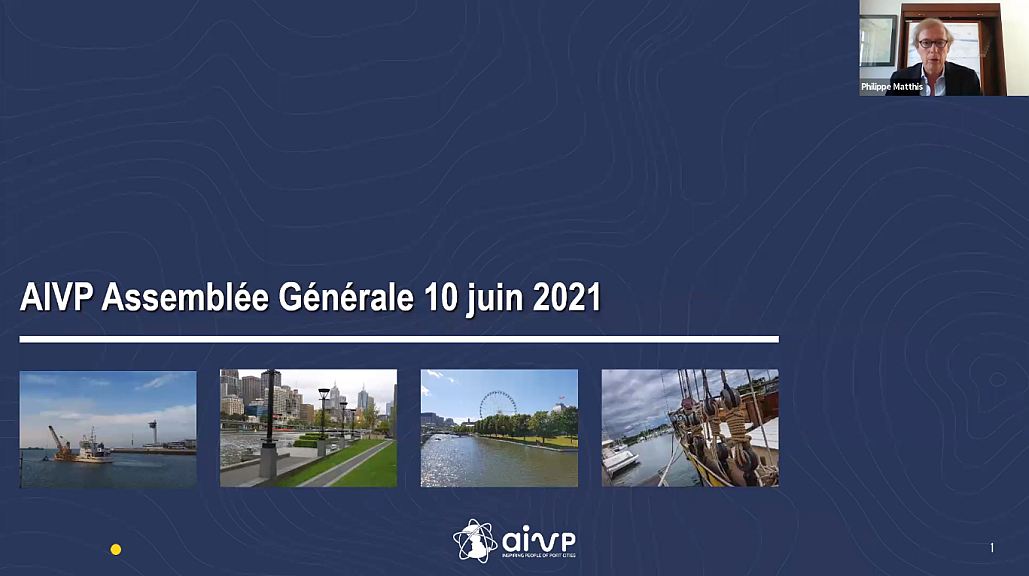 AIVP held an online Annual General Meeting on 10 June 2021. Almost a hundred delegates from 25 countries attended. In addition to approving substantial amendments to the Articles of Association, the AGM also gave its verdict on the initial results of the new strategy adopted two years ago, and forward-looking prospects, particularly in terms of physical and online events.

AIVP, which is officially a “non-profit organisation”, is governed by the 1901 French law on associations, to which French lawmakers have made various amendments since it was passed. The law lays down the general rules for setting up an association, and stipulates the members’ obligations. The General Meeting of each of these so-called “1901 Law” associations, which has sovereign power, may then adopt Articles of Association governing all aspects of its activities and its operating procedures. The non-profit sector enjoys various tax breaks, and is very active in France with around 1.3 million associations, representing some 70 billion euros. With that significant economic value naturally comes an obligation to ensure transparency, as regards both the organisation’s governance arrangements and the way it uses the funds it receives.

AIVP’s Articles of Association had remained almost unchanged since 1997, and the time had come to update them, to better reflect developments in the sector and the expectations of our members. Discussions on proposed changes focused on the need for more agile governance, greater transparency in the way actions are taken, and an improved capacity to meet the needs of members. The debate was led by the AIVP Board of Directors and Executive Committee, with assistance from a specialist legal expert. Based on this platform, AIVP’s strategic policy for the coming decades can now be deployed.

The plan tabled before the AGM was approved by a very large majority, in accordance with the existing quorum requirements. The roadmap set out in the Articles of Association is clear, and perfectly in line with our organisation’s strategic policy directions.

AIVP’s activities were of course heavily impacted in 2020 by the Covid-19 pandemic. The entire programme of events had to be postponed or cancelled. In spite of this, an ambitious international programme of webinars was organised, providing an opportunity to test out other ways of working. There has also been a considerable amount of work done to produce online content, which is now showcased more effectively by our revamped website.

In this context, following the almost unanimous vote to approve the 2020 President’s report and financial report, the AGM also approved the projects for 2021 and 2022. In this chapter, it should be noted that the 17th World Conference of Port Cities has been postponed until May 2022. As originally planned, it will take place in Tangier (Morocco). A specialist consultancy will be brought in to put together a dual programme including both physical and online events, to meet the new requirements of port cities development stakeholders. In the meantime, a date has been set for a meeting in Brussels at the end of this year. The aim will be to prepare for the World Conference in Tangier, and to elect a new Executive Committee, with President Matthis approaching the end of his term of office. The change of governance will no doubt be commensurate with AIVP’s ambitions. Edouard Philippe, Mayor of Le Havre and former French Prime Minister, has declared his candidacy.