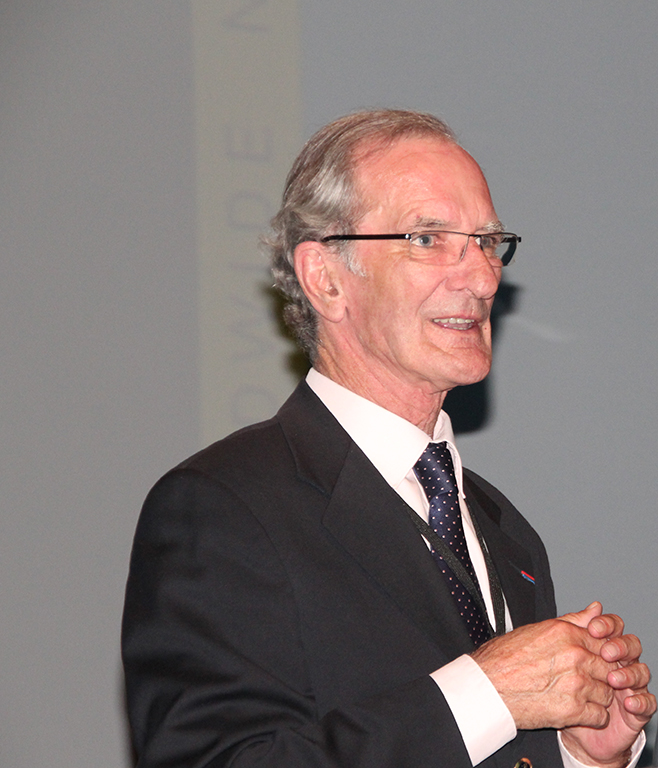 There are certain personalities who figure especially prominently in the life of an association. Joël-Guy Batteux, former Mayor of Saint Nazaire (France) from 1983 to 2014, is one of them. Joël Batteux passed away on 10 January 2021, and all of Saint Nazaire’s port sirens and foghorns sounded in his honour.

A pioneering, visionary Mayor, he was a founder member of AIVP alongside Antoine Rufenacht, Michel Delebarre, and numerous others in 1988. From Canada and Africa, to Latin America and China, we will remember his tall figure, steel blue gaze, and the passion with which he spoke about his City-Port project, wherever he travelled with us. Joël Batteux was passionate about dialogue and sharing ideas, and always enjoyed attending AIVP’s international meetings, taking the opportunity to compare his own inspirations with other port city transformation projects. He frequently spoke of his delight at returning from his travels with us with new ideas, to enhance his vision of a port city with a strong identity, proud of its history, and confident in its future.

For AIVP, Saint Nazaire continues to embody the successful transformation of a city-port interface. What to do with the disused port spaces, the vast submarine base, how to forge a new relationship with the city’s residents… The numerous challenges were tackled with success, and today the results are there to be seen for citizens and visitors alike. It is a magnificent example, and one that AIVP naturally has a duty to share with its network.

Many of those who attended the 13 World Conference in Nantes – Saint Nazaire in 2012 will recall just how wonderful a guide he was, on the “field trips” that he so loved to lead in person.

Everyone at a grateful AIVP sends their most sincere condolences to his family, and to the people of Saint Nazaire.