Identifying the best solutions for transition areas between the City and Port.

The use of symbolic or typical architecture for new buildings is an increasingly widespread solution in areas where cities and ports meet. This new architectural approach aims to galvanise the image of port cities. It may also involve enlisting the talents of renowned architects. By opting for bold and original designs, port cities can pique the curiosity of visitors and stimulate areas where the port and city meet, by creating references to a clear identity.

Construction of the Mas Museum was completed in 2010. The project is located right in the heart of the old port area, between the former « Het Eilandje » docks and the city. The port was one of the project’s founders and lead financiers. The quayside location chosen for the museum means the building is reflected in the water. Its simple volumetric design, balanced stone and glass construction and 60 metre height make the museum a focus point and an emblematic structure for the Eilandje port/city area, of which it commands panoramic views. To design the new « Port House », Antwerp chose the world-renowned architect Zaha Hadid. A structure reminiscent of the shape of a boat was constructed atop the former fire brigade building (itself a listed building), to house 500 employees at the new headquarters of the Antwerp Port Authority. Located in the heart of Eilandje, the 46 metre high Port House is a powerful symbol, thanks both to its dynamic shape and as a visible link between the past and the future. Works began in 2012 and the building was inaugurated in September 2016. The project was set to cost €49.9 million, with €2.1 million of that total earmarked for renovation of the former fire brigade building. 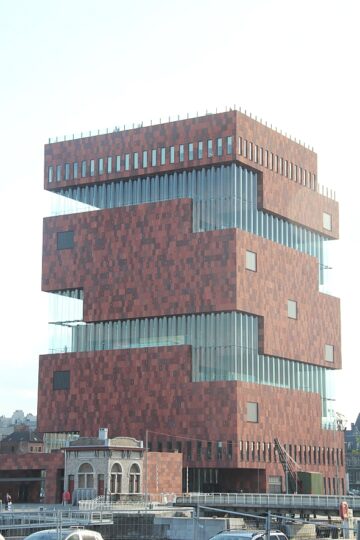 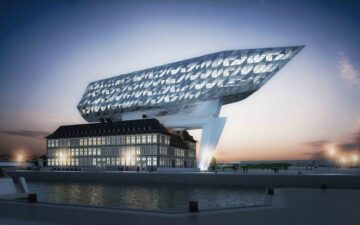 The Port of Antwerp has made cooperation with stakeholders the cornerstone of its sustainability commitment. […]