Finance development projects through cross-financing between city and port

The extent of the funding required for what are often long-term operations, coupled with the need to attract and convince private investors, must act as an incentive to innovate when devising financing models. These may be based on the creation of specific funding structures designed to initiate and fund the first installations and create the necessary leveraging effect.

“Bilbao Ria 2000” was created in November 1992 with the aim of regenerating deteriorated zones or declining industrial and port areas of Bilbao. These included the now emblematic Abandoibarra district, home to the Guggenheim Museum. The project brings together the main public stakeholders concerned. Although a 100% publicly-owned structure, it has the form of a limited company as this corporate status was deemed to offer the necessary flexibility and responsiveness. It has a dual purpose: planning facilities and implementing operations. Since 1993, the policy run by “Bilbao Ria 2000” has had a growing impact. Starting out with limited financial resources, “Bilbao Ria 2000” was initially given a cool reception by private investors. However, it then obtained a number of plots of land from the Port and the Railway Company, in exchange for the development of new infrastructures: the external port on the one hand, and a new railway line in the south of the built-up area on the other. Acquiring this land enabled “Bilbao Ria 2000” to embark successfully on its first operation: the resale of plots for housing development in the Ametzola area. The operation generated “Bilbao Ria 2000’s” first revenue, which was immediately reinvested in subsequent projects, especially in the Abandoibarra district. Thereafter, the growth of the real estate market, along with the Guggenheim and rising property prices, as well as institutional financing and joint European funding for certain large-scale projects, all helped establish Ria Bilbao’s credibility, while the resulting leveraging effect won over private investors. A second organisation, “Bilbao Metropoli 30”, played an important role in this respect. Created by the government in May 1991, it brings together the City of Bilbao and the municipalities of the metropolitan area, the Basque government, the port, the Chamber of Commerce, two Universities, and around a hundred private sector partners. It has become a key urban marketing player, working to promote Bilbao’s international profile ever since. 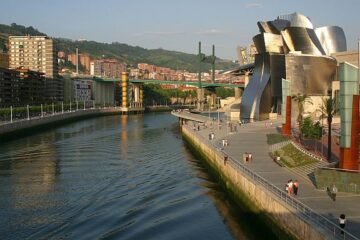 Developing collaborative approaches, drawing on scientific and technologic knowledge from the scientific community and civil society to support decision making.

Bilbao (Spain): from “Know Your Port” to the creation of a “Port Center by AIVP”

The Port of Bilbao runs “Know your port“, a programme of port tours for children […]