Developing the right synergies between stakeholders to level up skills.

In addition to the symbolic value of transforming previously abandoned areas into the City Port’s most innovative places, transitional spaces between the city and port are good locations for creative districts and innovation hubs in a world where responsiveness, forward-thinking, and flexibility are increasingly necessary.

The idea behind AltaSea came from Geraldine Knatz in 2006, when she was Director of the Port. The aim was to transform the 35 acre historic City Dock 1 into a campus for creating synergies between scientists, researchers and businesses, for developing innovative solutions in response to climate change, to safeguard the future of the oceans and ocean-related careers. AltaSea will forge a new relationship with the community, not just by creating jobs but also through various awareness-raising initiatives, educational programmes, and regular meetings with the community. A community consultation group has been specifically created. After a feasibility study, the project was shelved owing to the financial crisis of 2008. It was revived in 2013 when the Municipal Council approved a 50 year lease to redevelop the old Dock 1. The lease agreement between the Port and a financial sponsor (Rockefeller Philanthropy Advisors) included provision for regeneration of the site. AltaSea became a stand-alone non-profit corporation in 2014, with a Board of Trustees including local authorities, business leaders, academics, and philanthropists. The Gensler-designed campus plan will be developed in a series of phases over a period of 15 to 20 years. The impacts of the 1st phase have been estimated at 1350 permanent jobs, 4200 temporary jobs and a $290M boost for the local economy. In December 2017, work officially began on one of the key elements of the project, the La Kretz Blue Economy Incubator, which will be housed in warehouse 58. 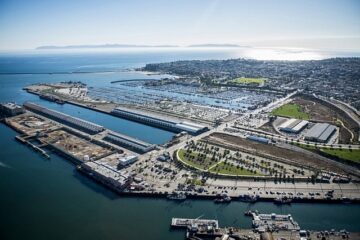 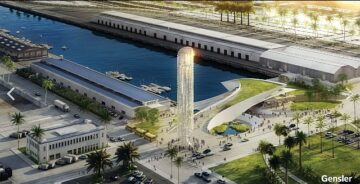 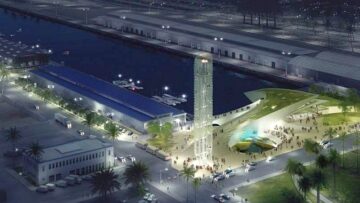 In May 2013, the port of Los Angeles adopted an action plan for its heritage. […]