Compile an inventory of the different types of environmental impact

The restrictions imposed by national and supranational environmental legislation offer an opportunity to adopt a proactive rather than a reactive approach, by committing to dynamic, forward-looking environmental strategies. Before practical steps can be taken to monitor and manage the environmental impacts of ports, especially in city-port interface areas, those impacts first need to be clearly identified and assessed.

In 2016, the Port Authority and the University of the Balearic Islands launched a study to gauge the impact of port activities on the nearest population, in terms of noise and air quality. The SmartSensPORT project began the following year in Las Palmas, where a network of sensors was installed at eight measuring stations, four in the North and four in the South, covering a total of 29 berths. This allowed noise and atmospheric pollution from the port to be analysed ove rthe course of the day and the week, depending on the types of vessels present. The project was extended to other general interest ports operated by the Port Authority of the Balearic Islands. Since autumn 2019, there have been six measuring stations at the port of Ibiza, four at the ports of Alcúdia and Port Mahon, and three at La Savina. The stations were positioned on the basis of models showing gaseous emissions from ships, the topographical profile of the port area, the distribution of the population within zones influenced by port activity, and the existence of other meteorological stations measuring pollution. A total of 25 stations and 250 sensors measure levels of CO, NO2, O3 and SO2, as well as fine particles (PM10), and every ten minutes send data on these pollutants, noise levels and atmospheric variables such as temperature, humidity, atmospheric pressure and ambient temperature, and wind speed and direction. 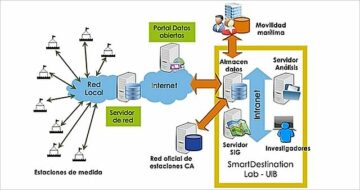 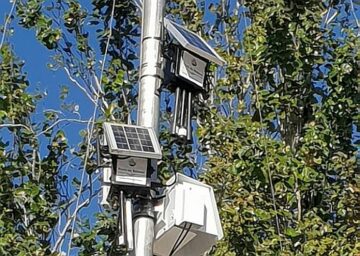 Learn more
We use cookies on our website to provide you with a more relevant experience by remembering your preferences and repeat visits. By clicking "I AGREE", you consent to the use of ALL cookies.
Cookie settingsI AGREE
Manage consent