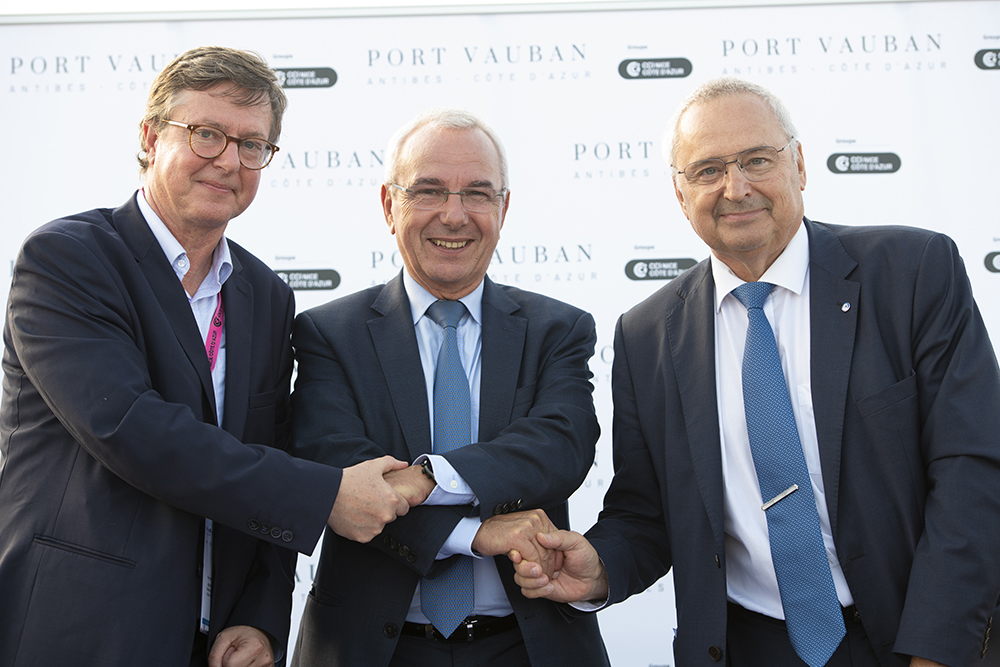 At the invitation of the Nice Cote d’Azur Chamber of Commerce & Industry, Olivier Lemaire, General Manager of AIVP, travelled to Antibes on 17 September 2019 to speak at the workshop of the European “Great Accessible Tyrrhenian Itinerary” project (known as GRITACCESS) on port heritage. This European programme, aimed at promoting access to heritage and the development of a tourist network, involves 15 partners from five cross-border regions. In his speech, Olivier Lemaire highlighted the importance of capitalising on the heritage and architecture of port cities.

The presence of old or new iconic buildings in the city-port interface area, both cultural and industrial, serves to forge closer links between the public and the port city by opening the port up and making it more visible. Showcasing the port landscape, by highlighting the way different spaces of varying scales complement one another, can be a valuable strategy for integrating the port and city, and strengthening the unique identity of each port city. The distinctive port atmosphere appeals to residents and visitors alike, and helps to make the city both more attractive and economically dynamic.

Thanks to this approach, the iconic heritage of the town of Antibes – which includes the Fort Carré, the marina and superyacht quays, and the old town behind the ramparts – becomes part and parcel of the dialogue between port and urban functions.

The issue of integrating ports into the local social fabric is a topical one for large pleasure ports in the Mediterranean like Antibes. The economic impact of yachts and superyachts is still misunderstood, and in some cases even badly perceived by the local population. It must therefore be explained. The jobs that depend on this activity are often little known, and relations with the urban context are not fully appreciated. The idea of developing an AIVP-endorsed Port Center in Antibes – following the example of Lorient and Le Havre, which also presented their projects at the workshop – is entirely in line with this new focus on societal integration.

Signature of the Port Center Charter

AIVP is proud to have signed the Port Center missions charter with the town of Antibes, represented by its Mayor Jean Leonetti, and the Nice Cote d’Azur CCI represented by its President Jean-Pierre SAVARINO. Signing the charter represents the first step towards the creation of a Port Center, which is due to open by 2021. AIVP will of course follow the project closely, and provide the benefit of its expertise.

In 2014, the AIVP took the initiative of conceptualising the idea of the Port Center – a tool at the service of improved integration between the city, the port and the public- that has been expressed in an innovative charter already adopted in 15 port-cities:

The Port Center is an education and action tool essential for developing a maritime and port culture and contributing more effectively to animation and synergies between all stakeholders: professionals, institutions and citizens.