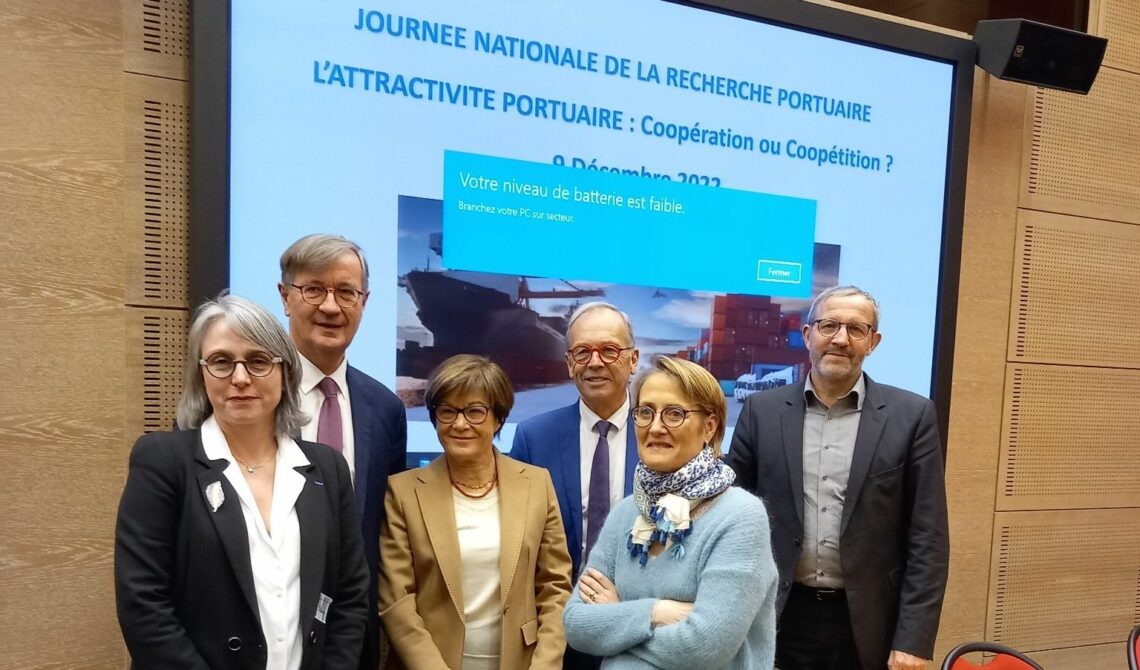 This subject was at the centre of the intervention of Bruno Delsalle, General Manager of the AIVP, at the opening of the National Port Research Day – organised in the French Senate on 9th December last, on the initiative of Professor Sophie Cros of the University of Le Havre and Professor Florence Lerique, of the University of Bordeaux. The debates centred on the question of port attractiveness, interport cooperation and coopetition.

For the AIVP, it was once again a question of defending the future of the port cities by underlining that if the latter were often singled out for the negative environmental externalities of port activity, they also had the solutions within them. Space is available for the installation of new low-carbon industrial sectors. The development of rail and waterway transport modes is facilitated. The natural areas that they contain and maintain are carbon sinks and buffer spaces protecting urbanised areas. The potential is therefore there, but it must be exploited. On this point, the speakers unanimously underlined the efforts that remain to be made to open the ports to the citizens, to educate the young people in school, to explain the environmental improvement trajectories that are underway, to prepare the population for the industry of tomorrow. The Port Centers are more than ever indispensable facilities for carrying out these missions, and their activity deserves to be encouraged and supported by the State.

The port cities must prepare themselves all the more as they have entered a period of permanent crises at international level: climate crisis, energy crisis, health crisis, war in Europe. Their resilience will above all pass through the anticipation of risks. A cohesive City-Port territory united around its population will favour this agility. This is a determining element for each port city, whatever its size today, to be able to position itself in the best possible way in the regionalisation of flows which is taking shape by 2030.