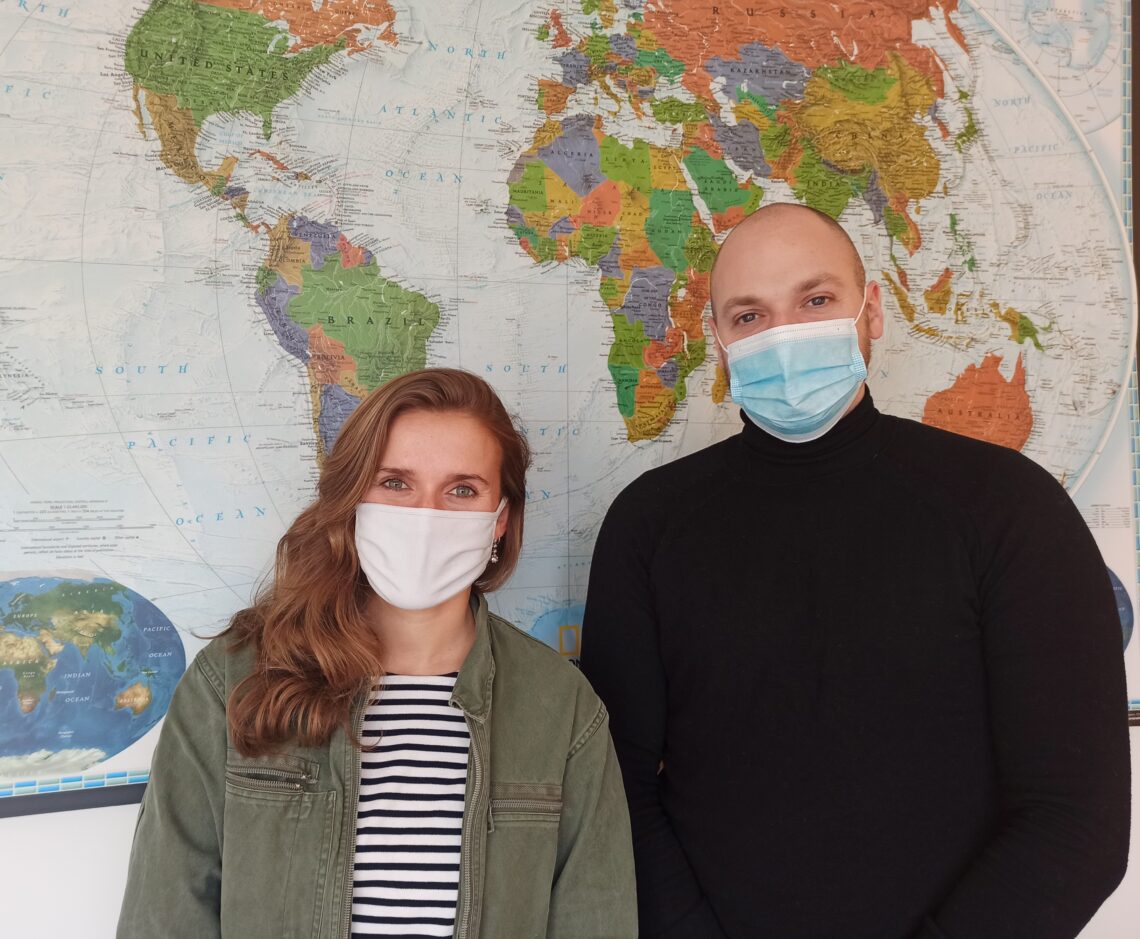 Martial Dubuisson and Manon Vain are the newest members of the AIVP team.  With their different professional backgrounds, they will bring valuable new skills to our team!

Martial DUBUISSON opted to change tack in order to explore his keen interest in trade and customer relations. The former English teacher is now our new International Development Manager. He will act as the interface between AIVP and its existing members. He will also be responsible for developing our Spanish-speaking network.

I wanted to change careers and find a job more focused on international commerce. At AIVP, English and Spanish are essential everyday tools of the trade. I am pleased to be able to put my language skills to use!

Martial spent a year in Leeds (England) with the Erasmus programme, which he talks about with great enthusiasm. He loves travelling and outdoor activities.

I have always had a special affinity for port cities. I have visited Barcelona, Alicante, and Valencia several times. I spent practically every summer in Spain! I also love Lisbon, and the Porto region. In fact, I couldn’t imagine living away from the sea! I’m happy to be focusing my professional career on the sea.

Martial is particularly interested in the research done by AIVP’s content department. He is adept at working as part of a team, and believes that dialogue is key to working effectively.

Following several years spent travelling the Spanish-speaking world, Manon VAIN is joining our communications department. Her role will be to promote AIVP, develop trilingual websites and press relations. After completing a bilingual undergraduate degree in Law at the University of Le Havre, Manon also spent a year abroad as part of the Erasmus programme. She chose to go to Spain for the first year of her studies for a Masters in International Law, before taking a Master 2 degree at the Sorbonne. On completing her studies, she travelled to Colombia where she served an internship with an NGO combating forced displacement.

I discovered the world of communications during an internship with the press office of the French Embassy in Spain. I’m curious to learn about the challenges of communication at an international NGO like AIVP

Manon also spent two years in Argentina, which she describes as the “country where her heart is”.  She worked for the Alliance Française in Buenos Aires during the Youth Olympic Games in 2018. She then joined the EU’s Delegation to Argentina.

These two new arrivals coincide with the departure of our Head of Digital Strategy and Communications, Hermeline Delepouve. She is embarking on a new professional voyage with the François Baclesse Cancer Centre in Caen (France).