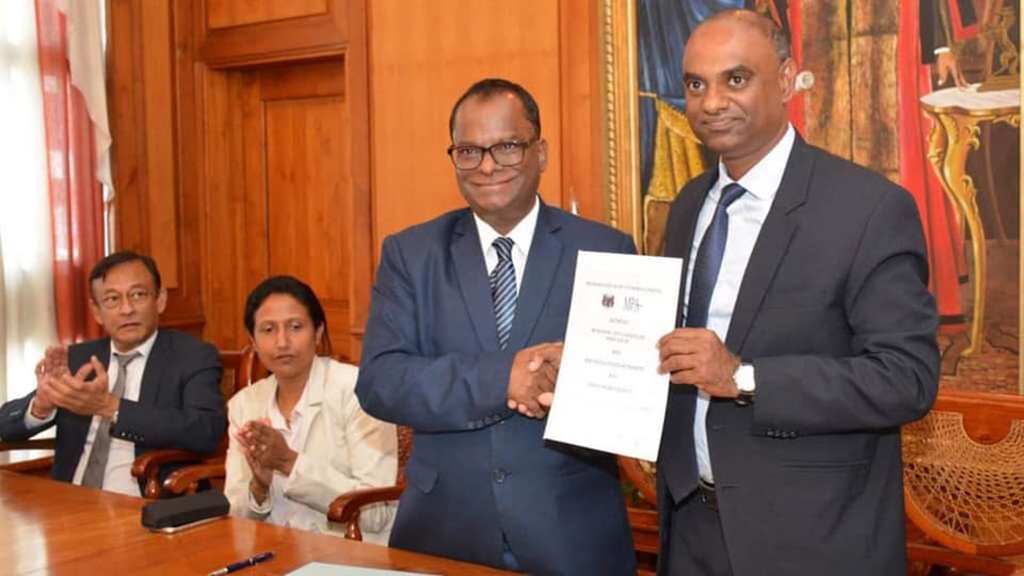 The port is increasingly a leading economic and urban stakeholder. The relationship between the city of Port Louis and the port has grown much closer in recent times, gradually becoming more palpable with a win-win mentality. Incidentally, the Municipality of Port Louis has been actively involved in many of the recent activities organised by the Mauritius Ports Authority (MPA), including a recreational day for children of Roche Bois and neighbouring regions in August 2018, and the opening of an exhibition at the Café du Vieux Conseil as part of the “Port in Pictures” painting competition. This activity, held on 3 September 2018, was aimed at secondary school pupils from the Port Louis area.

Today, the aim is not merely to consider the physical expansion of the port space itself, but rather to take on board both its importance to the urban community and the functions it serves (harmonious development of the port space, the challenges posed by climate change, etc.). With this in mind, a consensus slowly built up around the need to create a joint platform involving the MPA, the Municipality of Port Louis, and the Port Users’ Council, to promote constant dialogue between the city, port, businesses, and citizens. The aim is to promote all of the different port spaces and a diversified relationship between them and the city, which require specific solutions depending on the stakeholders concerned.

This collaboration took concrete form and was strengthened with the signature of a partnership agreement between the MPA, the Municipality of Port Louis, and the Port Users’ Council on 18 February. As the primary interface with the port, the city of Port Louis is set to receive annual funding of two million rupees. The money will be used for small projects contributing to the everyday well-being of residents living in regions neighbouring the port, including Bain des Dames, Roche Bois, and Salines. 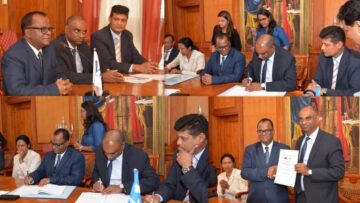 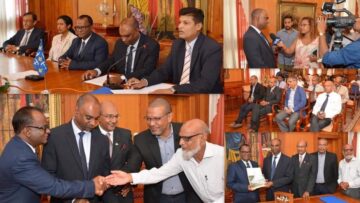 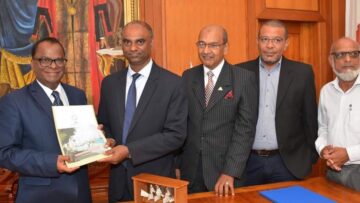 The partnership will also enable the MPA and the Municipality of Port Louis to work together to create a citizen-oriented mission, from which will emerge the concept of a sustainable port/city relationship based on joined-up thinking and sharing information where needed. Ultimately, the goal is to ensure a successful city and port mix for the well-being of our citizens.

For historical context, bear in mind that France took possession of Mauritius at Port Nord-Ouest in 1715. From 1735 onwards, under the rule of Mahé de La Bourdonnais, Port-Louis underwent nine years of radical transformation. Laying the foundations for trade, the new governor saw what we needed to make Port Louis a port worthy of the name, with boatmen, dockers, warehouses, basic port services, and a shipyard. The port also saw first-hand the influx of migrants to this port city, mainly consisting of craftsmen, traders, stonemasons, fishermen, and entrepreneurs.

The memorandum of understanding between the MPA and the Municipality of Port Louis is in line with the 2030 Agenda promoted by AIVP, the worldwide network of ports and cities. The MPA was also among the organisations which ratified the 2030 Agenda at AIVP’s World Conference in Riga in 2019.

In order to achieve a successful city-port mix, a Port Center is increasingly an essential requirement. Acting as a fun interface between citizens, each Port Center allows the port to communicate about its role, its future plans, and port careers. Port Louis is a testing ground for the city and the economy of the future. Innovation must be encouraged.

This agreement will also pave the way for regional cooperation on key issues for the future, via the AIVP Indian Ocean meetings. Through better knowledge of the priorities of all port cities in the region, it will be possible to identify areas in which the stakeholders involved can work together for the benefit of each local initiative.