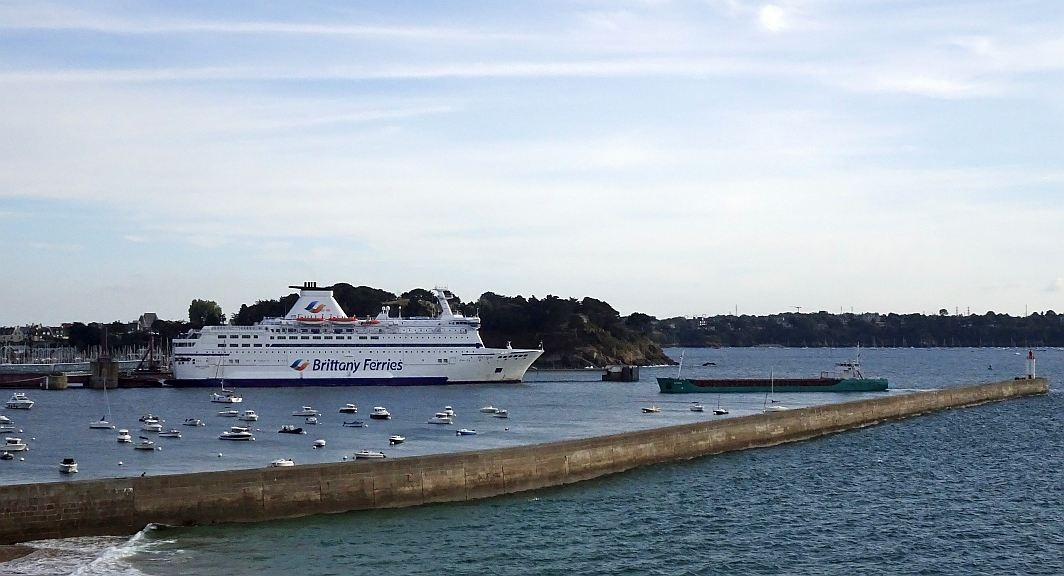 Denis Davoult, head of urban affairs at AIVP, travelled to Saint-Malo (France) on 10 September 2019 to meet two members of the association: the Union Maritime et Portuaire (Maritime & Port Union), and the Ille-et-Vilaine Chamber of Commerce (CCI), which holds the concession to operate the Port of Saint-Malo. Below is a brief report on the issues facing the town and the port.

The port of Saint-Malo, which is split into two separate zones (the outer port and the inner docks) is home to a number of different activities, including ferries sailing to the UK (500,000 passengers) and the Channel Islands (500,000 passengers), cruise activity, goods traffic, ship repairs, fishing, and yachting..

The commercial port of Saint-Malo, operated by the CCI, is owned by the Brittany Region (which is also a member of AIVP), and the concession is currently up for renewal. The Brittany Region has stipulated three main priorities in its invitation to tender:

These priorities are of course also found in AIVP’s 2030 Agenda.

Myriam Masson, Head of Communications at the CCI, emphasised to Denis DAVOULT the focus on societal integration. Tours of the port are already organised and the CCI wants to go a step further by envisaging the creation of a Port Center. After giving a presentation on the Port Center Network, AIVP’s representative suggested contacting three Port Centers – Le Havre, Lorient, and Dunkirk – as part of a benchmarking exercise. AIVP could also assist the CCI with implementing the project, as it has previously done for other members.

For Jean-Luc Winter, President of the Union Maritime et Portuaire, Saint-Malo is a “laboratory for all the issues to be addressed in the City-Port interface“. He stresses the need for a co-construction approach to develop economic activity at the port, which has seen a decline in the volume of traffic in recent years. It is an idea that AIVP has been promoting for many years. Mr Winter believes the port has real potential, but is underused. A number of possibilities are being looked at, such as increasing the number of ferry crossings, repositioning the port in relation to its regional hinterland, and redefining the cruise strategy through a tourist and marketing strategy focused on the local area, with 80% of passengers visiting Mont Saint-Michel.

After the meeting, the Saint-Malo Union Maritime became the 51st signatory to ratify AIVP’s 2030 Agenda!