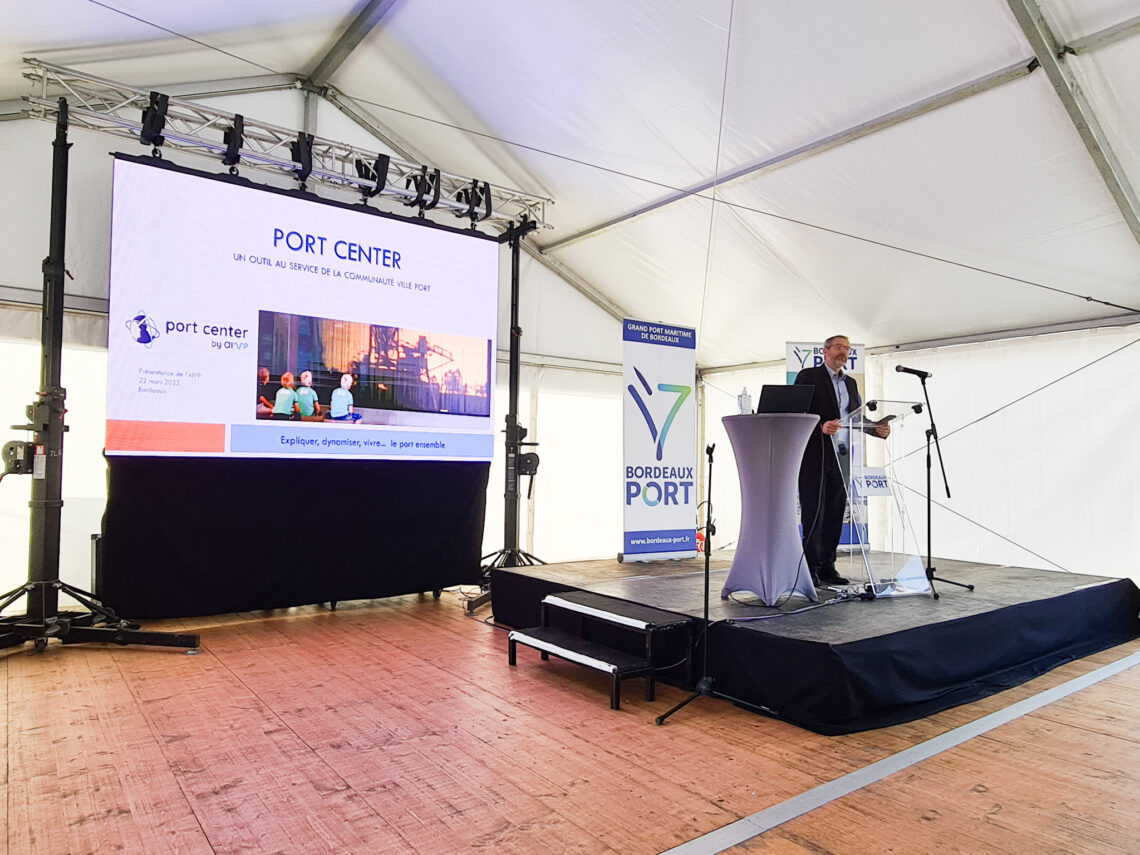 March 2022 will have been an intense month for the future of the Ports Centers. In Le Havre, the AIVP and Le Havre Port Center welcomed a delegation from La Rochelle, who came to compare their project with the experience from Le Havre. Supported by the commercial, fishing and yachting ports of La Rochelle, this project is gradually taking shape. In Lorient, the agglomeration is also carrying out a project for a Port Center facility which will reinforce the concrete steps taken over the last few years at the initiative of the Urban Planning Agency. Several informal exchanges have taken place with the AIVP team, who are delighted with the acceleration of the project.

However, important initial steps have also been taken in Marseille and Bordeaux.

On March 18th in Marseille, Bruno Delsalle, Managing Director of AIVP, presented the conclusions of a study conducted by AIVP over a period of one year on the opportunity to create a network of Port Centers in Marseille Fos. Forty stakeholders from the region were interviewed: institutions, local authorities, government departments, companies, professional organizations, shipowners, etc. There was a very broad consensus on the need for the region to have such facilities. The stakeholders have shown enthusiasm to move forward together on this project, which will now have to make visible progress to meet the expectations of the actors but also, and especially, that of the general population.

A few days later, on the initiative of Bordeaux Port, Bruno Delsalle spoke before more than 100 decision-makers on the Port Center approach: a mobilization never seen before to launch such an action! Elected representatives, representatives of the associated world, companies, cultural players… everyone was present. In support of a presentation of the Port Center concept carried by the AIVP, the Port Centre of Montréal and the Port Center of Le Havre also testified to their experiences. The participants then worked in workshops to put on the table their first expectations. This allowed for different stages of feedback to be planned.

Therefore, it has been a fertile spring for the Port Center Network piloted by the AIVP. It also confirmed, more than ever, that these tools are today indispensable to the Port-City – Citizens relationship and are also bearers of dynamism.

Thanks to all these members of the AIVP for their confidence and let us continue together to be proud of our ports!