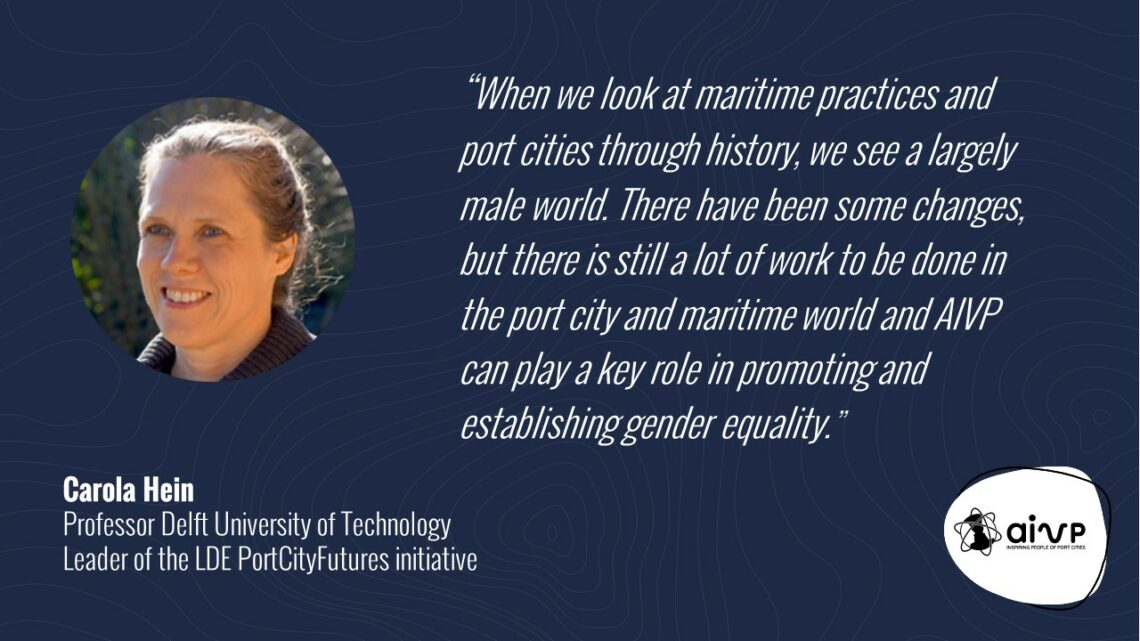 In this article, AIVP Expert Prof. Carola Hein, shares a reflection on the presence of women in the maritime world and port cities. Prof. Hein points out women have always been there, less visible and withstanding blatant discrimination. Even if the situation has improved, as she indicates, it is clear that there is a long way to go. In fact, as Prof. Hein indicates, our own AIVP Agenda 2030 should give more visibility to the fight for gender equality, and greater recognition to the role of women in port cities and maritime activities in general. For this reason, and responding to her well argued criticism, AIVP will debate with its members the inclusion of gender equality in other relevant goals. We thank Prof. Hein for raising a valid point and helping us do a better work.

“Women and Children first” is a well-known code of conduct for life-threatening situations, such as abandoning a ship. On International Women’s Day, I wonder, how much this adage is true in the maritime and port city world.

On first sight it seems that women are omnipresent and dominant in the maritime world: The Little Mermaid, as described by the Danish author Hans Christian Andersen, is a beloved fairytale. Sirens, beautiful and dangerous, have lured sailors – so the story goes – to their death for centuries. Female figureheads, often lightly clad, long served as ornamentation at the prow of the ship, and female names feature proudly on the side of ships, referencing goddesses and later mortal women. The Statue of Liberty greets people arriving in New York. Yet, when we look at the maritime practices and port cities through history, we see a largely male world. The seas have been controlled by men for centuries: traders were male, shipowners were male, captains were male, crews were male, and port workers were male. Having women on board was considered a bad omen, as they could be a distraction to the crew working on the ship.

Women were only allowed into the port for badly paid jobs similar to the work they were doing at home, or, if there weren’t enough men available. Women, married to port workers, provided their husbands with food during the day. Young girls and women worked in the warehouses, sorting coffee beans. By 1918, when male workers were enlisted to fight the Great War, female workers were allowed to work in ship building at Blohm & Voss in Hamburg, however, for two thirds of the pay of their male counterparts. Most women did not enter the port. The spouses of shippers and traders remained in their villas, to help their busy husband decorate the home, raise the children and facilitate network building. Yet other women spend their nights in the red-light district serving as sex workers to men returning from their maritime travels as well as a more locally based clientele.

Women working in the fishing sector in Port of Lisbon in the early 20th century, also known as varinas. 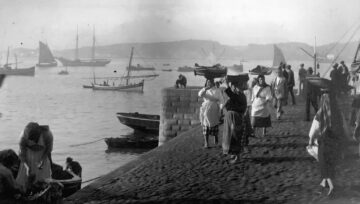 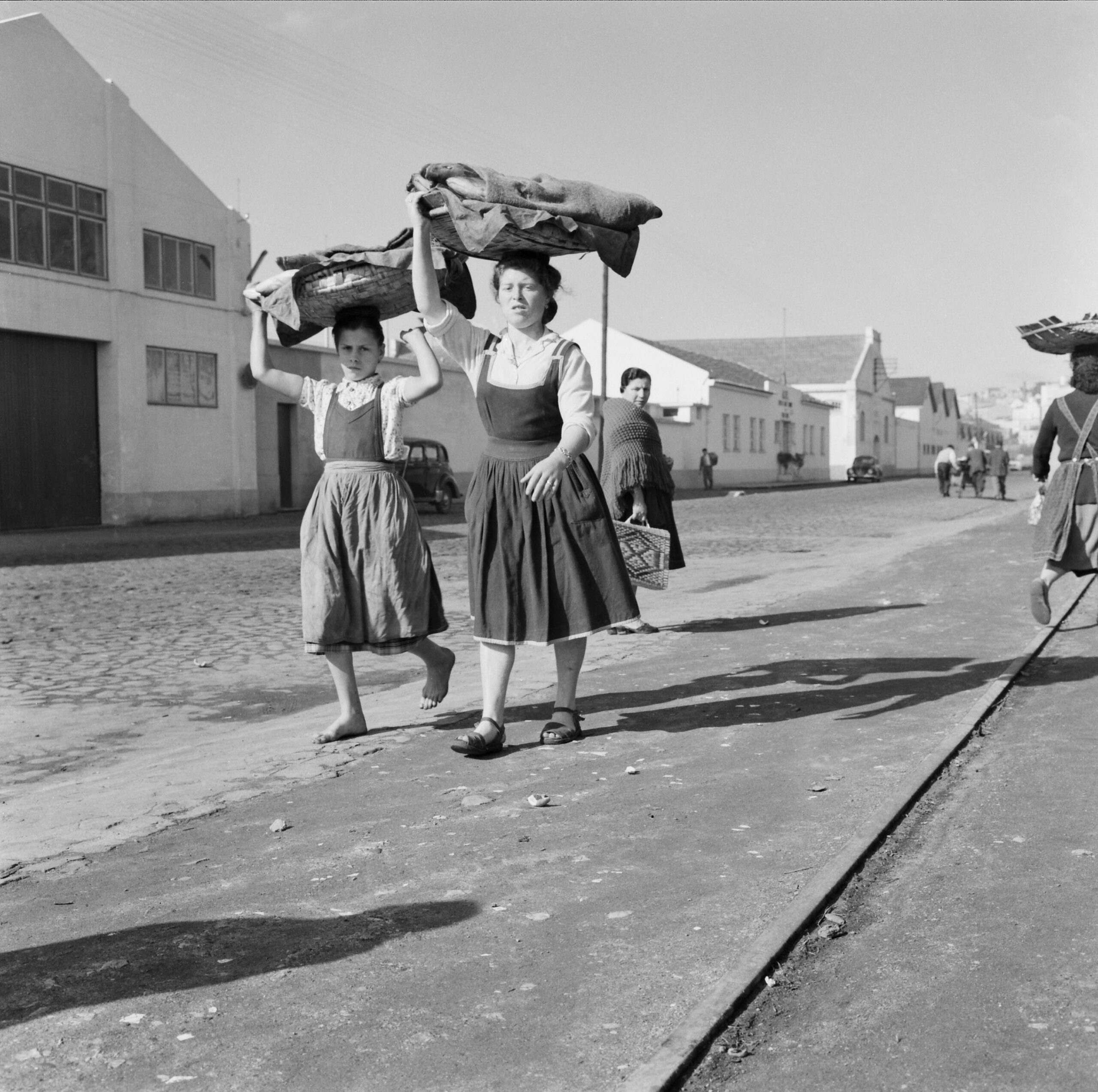 Some things have changed in the last decades. Female captains, while still scarce, are not entirely absent anymore. Carola Rackete comes to mind, who works for the German sea rescue organization Sea-Watch. Rebecca Gomberts, an Amsterdam based doctor founded Women on Waves to provide reproductive health services for women in countries where it is not provided. There are women in leading positions in port authorities, with strong ideas on port and port city futures. For example, Angela Titzrath, Chairwoman of the Hamburger Hafen und Logistik AG (HHLA) is focusing on making the Hamburg’s port the best in innovation and technology rather than the biggest. And Teófila Martínez leads the Authority of Bahia de Cadiz with the stated goal of building trust between port and city, and identifying areas where the port can be beneficial for the city. An art project explored the role of women in Hamburg and New York ports. There is also a growing group of female researchers studying port city relations, as evidenced through recently awarded doctorates to Renee Rotmans and Beatrice Moretti, and a Marie Curie IF grant awarded to Francesca Savoldi.

These women, however, are still the exception. Gender equality and empowerment of women and girls – which is Goal 5 of the United Nations Sustainable Development Goals – requires more attention in the maritime and port city world. More diverse teams are important for integrated decision-making, especially with complex problems such as climate change and sea level rise. Female representation is very important also for girls who might want to work in or for the port. Even in the Agenda of the International Association for Cities and Ports (AIVP), which has adapted the UN’s 17 Sustainable Development Goals for port city contexts, gender equality only finds a marginal place. It is mentioned as part of the AIVP goal “Investing in human capital”, but one could expect that gender equality can play an important role also in the other goals, such as port city identity or governance, as well. To achieve SDG 5, there is still a lot of work to be done in the port city and maritime world and AIVP can play a key role in promoting and establishing gender equality. This work should not be limited to the efforts of individual; institutions such as the AIVP can play a key role in promoting and establishing gender equality and making the port city a truly inclusive place.