Light, colour and materials are all important elements that can be used in the architectural composition of new or existing public spaces and buildings, to revitalise the often negative industrial image of port cities. They can serve to highlight projects' best aspects, adding new dimensions or stimulating new ways of looking at certain spaces.

The area around Dock F seem largely abandoned, with its dilapidated buildings and no fewer than 25 rusting hulks. In 2017, with the cooperation of the municipal authorities, the port authorities decided to turn the site into a promenade while maintaining its function as a “sand port”. The site is home to ten sand silos, which act as a distribution point for 50% of the sand used in the city’s construction. Transporting this material by water helps to mitigate the environmental impact, as ten trucks can be removed from the roads for each boat used to ship sand.
In addition to removing the abandoned boats and improving the network of roads and thoroughfares, notably by creating pedestrian paths, the Port has enlisted the services of urban artists to transform the silos into giant “murals” and make the site more attractive for walkers. Three themes were suggested for the large murals: flora and fauna, the colours of Argentina’s regions (Patagonia, Pampas, North, Mesopotamia), and the heritage in dock F with its wrecked ships and the old seaplanes kept there until the early 1960s.
The frescoes, produced by eight artists, are now finished and visitors can stroll among images of Argentine flora, llamas, humming birds, condors, macaws, jaguars, and so on. Work is still required to complete the regeneration project with the addition of green spaces and lighting. The costs of the murals were covered by the silo owners, while the Port financed the pavements and pedestrian paths. 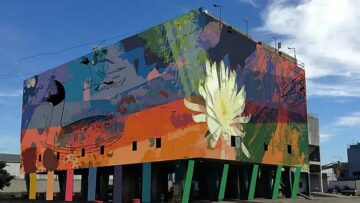 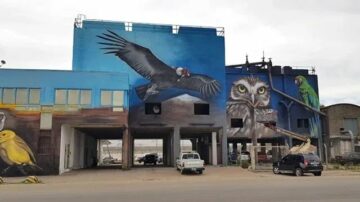 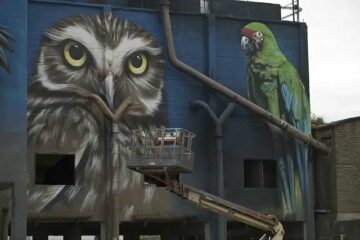 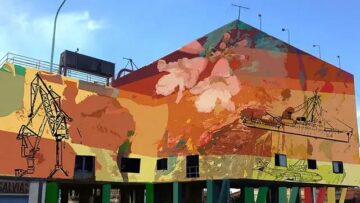 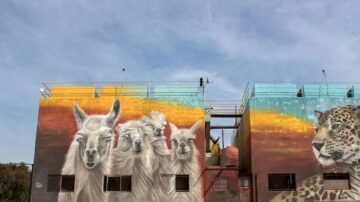 Promoting the architectural and landscape integration of port facilities.

Port of Buenos Aires (Argentina): towards a cleaner, healthier environment