At the border between land and sea, the urban/port landscape offers a rich, specific spectacle that combines the technical elements associated with port functions, dock basins and shipping, with typically urban views. The topography of port cities frequently provides natural viewing platforms or allows for paths overlooking this spectacle, creating unity between the active port and the city. But these views can also be deliberately planned during the design stage of projects, by including roof terraces or creating specific viewpoints.

In 2013, the Port of Melbourne ordered the start of work to reconfigure the Webb Dock area in the south-west of the city, along with the construction of a container terminal with a minimum capacity of up to 1 million TEUs per year. The creation of a « waterline » forms an integral part of the project. It involves building and/or redeveloping buffer zones around this port area, to promote its integration within the expanding city. Independent experts have assessed its visual impact from twelve different view points. On one side of the Webb Dock East, the « Web trail » will be created. This promenade for pedestrians and cyclists will provide access to an observation platform called « Webb Point », with commanding views of the bay and the city, as well as the container ships at sea and in the terminal. The « waterline » project was submitted for consultation and public feedback in 2013, and work began at the end of that year. The observation platform designed by Fleetwood Urban and Cox Architecture was completed in 2017. 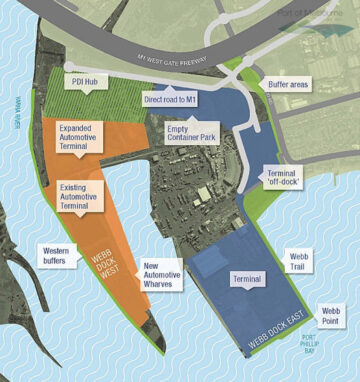 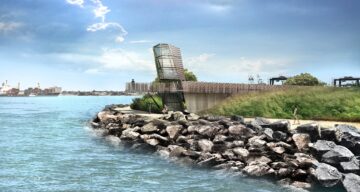 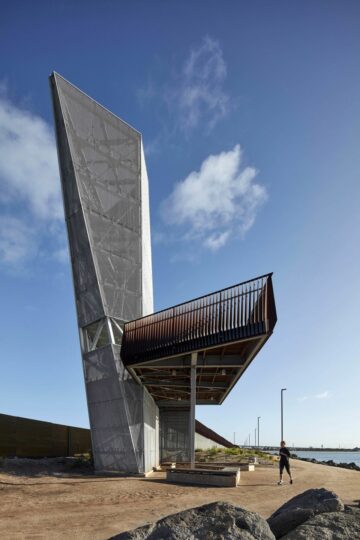 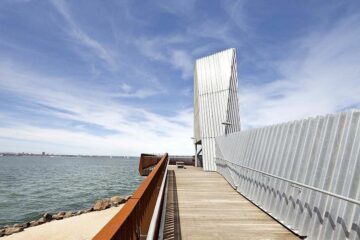 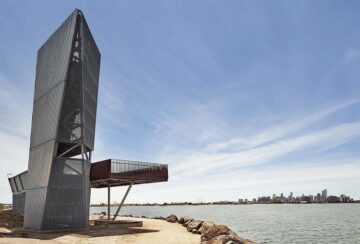 Melbourne (Australia): a waterline with views of the city and container ships

Integrating spaces and functions open to residents and visitors alike into port facilities, enhancing the visibility of the port and its activities.