Over time, the development of urban, port or agricultural sites cause major changes to their original natural environments, resulting in significant artificialisation. In order to reconcile the expansion of port activities to as-yet unused spaces with the need to take account of their impact on biodiversity, a deliberate long-term strategy must be adopted in advance. In addition to their traditional role as developers, port authorities also have a part to play in this process, with wider responsibility as manager of the sites and spaces they occupy.

In 2011, the Port of Dunkirk published a Natural Heritage Master Plan, which followed on from the survey of local biodiversity it had established previously. This guidance document is now considered to be a benchmark model for the treatment of natural environments in redevelopment projects for a vast port area (17 km of coastline and 7000 hectares of land). The plan is built around biodiversity hubs, consisting either of zones of special importance to be conserved, or deteriorated environments to be restored. Eco-corridors, future so-called “green and blue belts”, will be used to create a network, not just between these different zones but also with the wider region. In the long term, the port is committed to conserving and managing some 1290 ha of space dedicated to biodiversity, representing 43% of the space still available for development and a budget of 9.7 million euros over 30 years. The support measures planned include the production of an eco-report, to provide a short, medium and long-term assessment indicating whether the reduction of natural spaces reused for development is being offset by the amount of space devoted to protected or restored environments. In 2016, after 5 years of implementation, many actions for biodiversity in port areas and 20% of the Natural Heritage Master Plan were achieved. New inventories were carried out in 2016. They will allow to refine and evolve the Natural Heritage Master Plan. These data also contributed to an eco-report by the end of 2017 allowing to monitor the trends in biodiversity over these last years with regard to the Port of Dunkirk development. 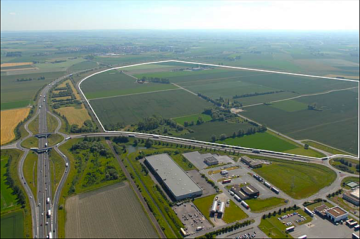 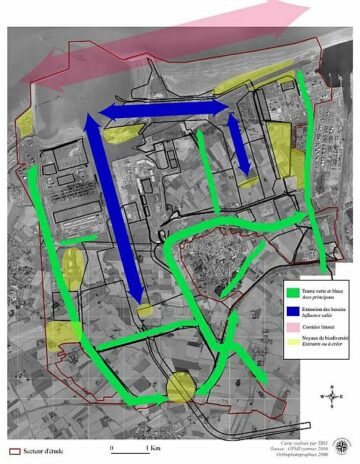 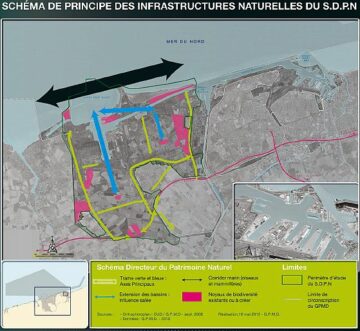 Port of Dunkirk (France): a master plan for 1290 ha dedicated to biodiversity

Conducting regular surveys of biodiversity in the City Port territory and publishing the findings.

Encouraging programmes aimed at restoring and developing biodiversity in the City Port territory.