The creation of cultural clusters serves to promote economic development and represents an essential means of raising an area's attractiveness, including in a crisis context. Expanding and combining cultural projects and facilities can inspire a dynamic new movement for the territory concerned, revitalising old port areas and attracting visitors and residents. It also affords an opportunity to improve the quality of life for the city/port interface, and for the city as a whole.

Founded in 1913, the port of Reykjavik quickly established itself as Iceland’s largest seaport and the country’s main gateway to the outside world. It was one of the country’s biggest fishing ports until 1962, when the commercial port of Sundahöfn was built to the east of Reykjavik. The old port then entered a period of transition, during which links with the city were cut off owing to the strict access restrictions imposed on citizens. After 1990, the issue of the relationship between the port and the city became the subject of wider debate, with growing claims for better access to the port and more areas open to the public.
In 1997, the port authorities and the municipality of Reykjavik signed an agreement, under which the city of Reykjavik would purchase a part of the East port, along with a part of Hafnarhús (port house) and the surrounding buildings. The municipality decided to set up Reykjavik’s art museum in the Hafnarhús, and to refurbish the nearby public library. There was heated debate about the suggestion of building the future « Harpa » concert and conference centre in the East port, with many people holding the view that concert halls, museums and other such facilities have no place in a port. The development did eventually go ahead, with the aforementioned buildings completed by a maritime museum that opened in 2003 on the site of a former fish freezing plant in the West port.
Designed by Copenhagen architectural firm Henning Larsen, in cooperation with the Icelandic firm Batteríið and the artist Olafur Eliasson, the Harpa was inaugurated in May 2011. Within two years, it had played host to two million visitors and a large number of cultural events, classical music and rock concerts, as well as conferences of all kinds. The former warehouses of the East Port now house restaurants, shops and artists’ workshops, along with tourism operators.
Cooperation between the port and urban authorities and the development of cultural facilities has helped to forge new links between life in the city and the port, thereby helping to make the area more attractive to tourists. 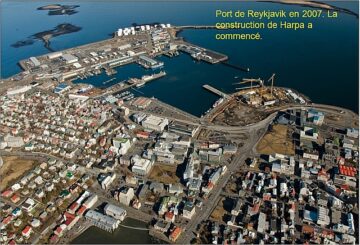 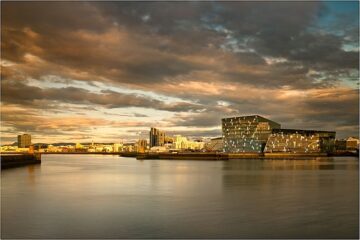 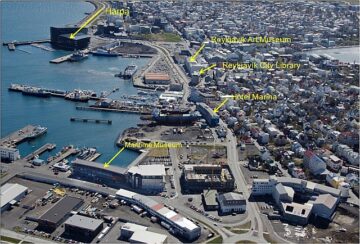