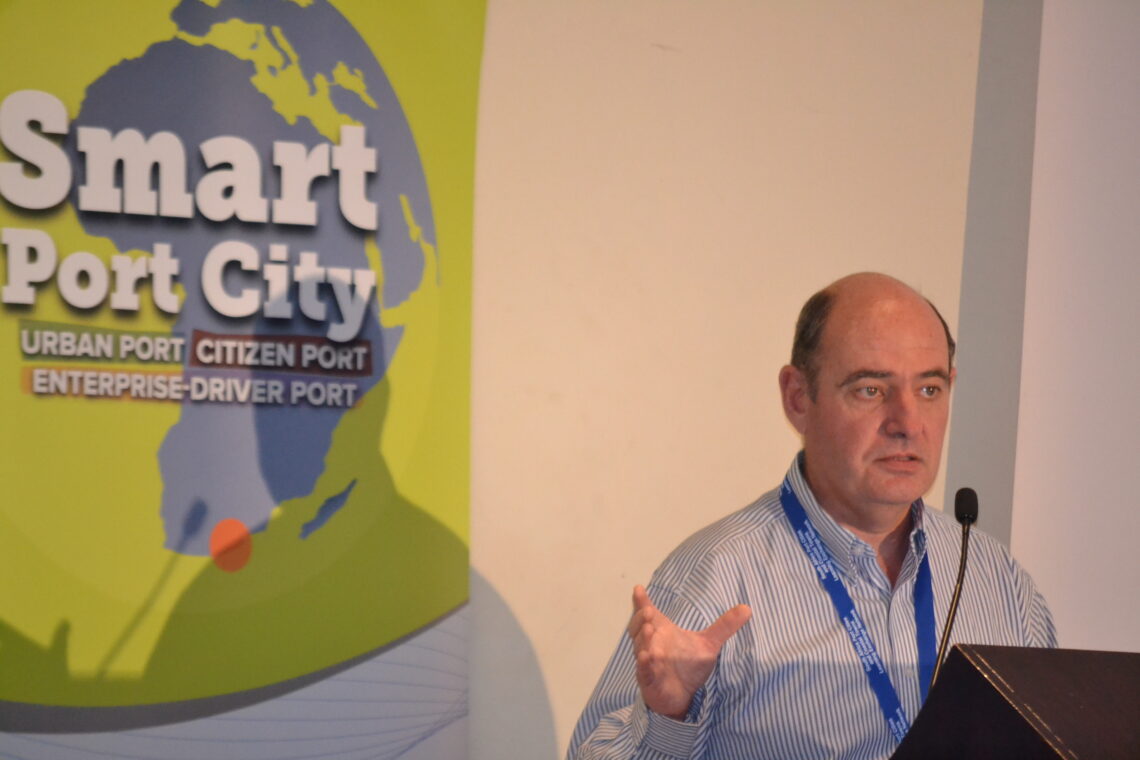 The municipality of eThekwini (South Africa) consists of several municipalities, including Durban, which is world famous for the 2011 climate summit. This major port city also hosted AIVP World Conference in 2014. Adaptation to climate change is now Goal n°1 of our association’s Agenda 2030. In this case, eThekwini municipality is facing major climate challenges and its policies in this area are unique in Africa. That is why we interviewed Dr Andrew Mather, Project Executive in Coastal Policy, at eThekwini Municipality.

eThekwini municipality has been an active member of AIVP since 2002.

AIVP – Durban is at the forefront of climate change adaptation. It was one of the first African cities to develop a climate change strategy. This is all the more necessary as marine flooding could become a serious threat to the Durban waterfront.
How do you manage climate risks, especially in coastal areas?

Dr Andrew Mather, Project Executive in Coastal Policy, eThekwini municipality – Inclusivity, the integration of mitigation and adaptation response, effective governance and monitoring and evaluation, and ecological infrastructure as the basis of climate protection are the key principles.
The city has been proactive in identify the regional sea level rise rates and from this the likely future impacts under a range of scenarios. These scenarios are been used to:
(1) determine the risk to new developments;
(2) the risk to current development;
(3) the options of defend, retreat or accommodate.
While we live on an exposed, high energy coastline we have a relative steep bathymetric profile and so predicted shoreline retreat is relative narrow. That said, we are monitoring the situation and using adaptive management to decide when, where and how we adapt to rising sea levels.

Acting together with Transnet port authority

AIVP – Transnet, the South African port authority, has announced its intention to prepare the ports to face extreme climatic phenomena.
What joint actions to resist hurricanes and cyclones?

Dr Andrew Mather, Project Executive in Coastal Policy, eThekwini municipality – Durban is not threatened by cyclones (the term used for hurricanes in the region) in our modelling. In our Durban Climate Change Strategy is a project to collaborate with Transnet in the development and response of their climate change strategy. There are various projects within themes of the DCCS that relate to reducing flooding and other impacts on the harbour from inland.

Dr Andrew Mather, Project Executive in Coastal Policy, eThekwini municipality – The eThekwini municipality experiences flooding on an annual basis, these events can vary in severity ranging from minor damage to loss of lives and infrastructure. Although these events are natural disasters, an action plan needs to be put in place to minimize the effects of such events. Changes in rainfall patterns, rising sea-levels, population growth and economic activity are driving an increase in demand for flood risk forecasting and mitigation engineering.
World-wide flood disasters account for about one third of all-natural disasters. South Africa’s increasing demand on cities for employment, results in large scale urbanization into flood plains and river courses. Furthermore, the capacity of aging urban drainage systems to cope with infrastructure development and changes in climatic rainfall patterns will increase the probability of extreme events.
The Coastal, Stormwater and Catchment Management Department (CSCM), within eThekwini Municipality has implemented a Forecast Early Warning System (FEWS), to better manage and mitigate the effects of flood related disasters.

eThekwini’s FEWS program is a first of its kind on the African continent. FEWS is a disaster management and data monitoring tool that simulates flood scenarios, environmental water quality, coastal erosion and wave behavior. Access to reliable weather forecast data allows the system to predict the effects of natural disasters ahead of time, allowing enough time for the information to provide for emergency resources so that the city is better prepared.
CSCM has developed the operational flood forecasting models that use rainfall forecasts from the South African Weather Services to simulate what effect the rainfall has on rivers and streams. This allows for eThekwini Disaster Management to prepare for impending flooding events and identifies any areas that are at risk of flooding. FEWS can very roughly be broken into 4 phases – the data feeds phase, which our instrumentation team will expand on looks at sources of information, ranging from internal equipment to satellite measurements. This data is then imported into FEWS, which is a multi-layered process to ensure the validity of the data received. The data are then transformed to a format suitable for our models to interpret, which again feeds the results back into the system. The results from our models is what drives our team into action, FEWS presents the results of all of our models in a single interface, streamlining our processes.
The FEWS team also notifies the relevant departments within the Engineering Unit, i.e., Roads and Stormwater Maintenance Departments are advised of upcoming events to obtain a preventative approach rather than dealing with blockages and overtopping of stormwater infrastructure after the event.

Expert article : the rise of sea level in the Indian Ocean