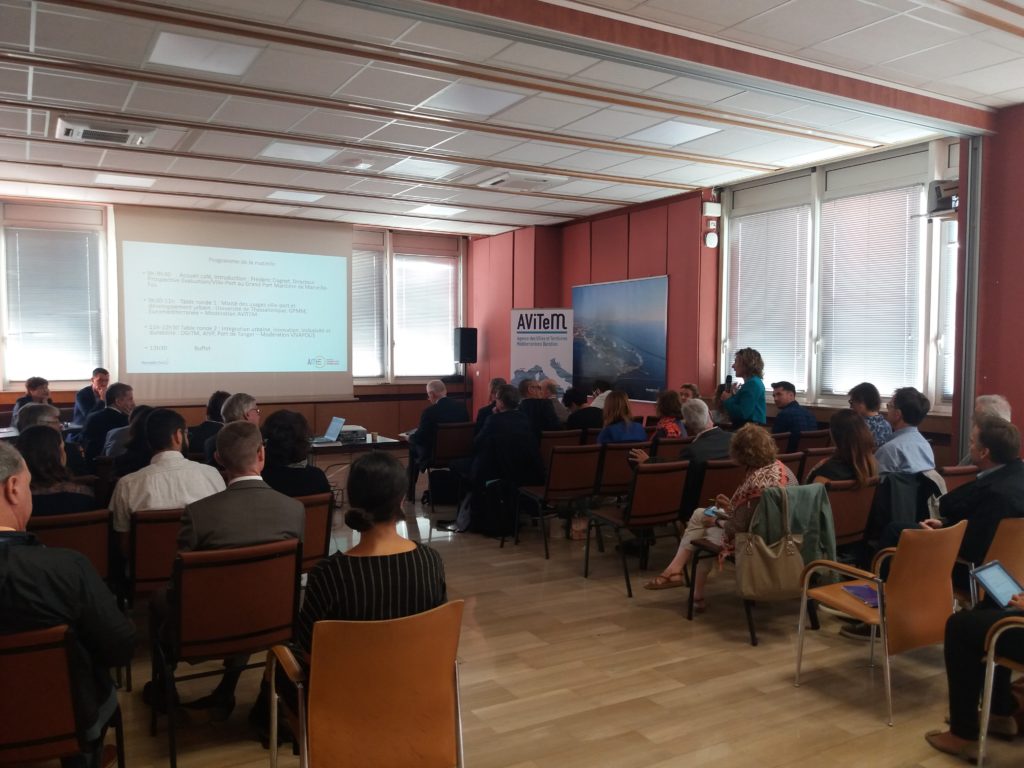 AIVP is to support the city of Marseilles in its efforts to create a network of Port Centers.

On two occasions in recent weeks, Bruno Delsalle has spoken to the City Port Community of Marseilles (France) to present the Port Center concept, and lay the groundwork for a future rollout of the initiative in the major Mediterranean maritime conurbation. Those speeches followed a series of City Port dialogue and consultation measures aimed at the local community, which began when local stakeholders signed the AIVP Port Center Missions Charter in 2017.

At the initiative of Grand Port Maritime de Marseille, an initial discussion took place at the plenary meeting of the port’s Development Council. Over 50 people attended. A few days later, a second round of discussions took place before the Technical Committee of the Smart Port project. The proposals were warmly received on both occasions, with major local stakeholders clearly in favour of the Port Center initiative. Backing came from the Metropolitan Authority, the City of Marseilles, and also those of Fos and Port de Bouc, the Sud (South) Region, Aix-Marseilles University, the Marseilles Provence Chamber of Commerce & Industry, the UMF (Union Maritime de Marseille Fos) representing users of the port, and businesses including CMA-CGM and EDF.

Based on this very positive initial feedback, and at the request of GPMM, AIVP will be undertaking a suitability study in early 2021, to establish the principles for the creation of a network of Port Centers across Marseilles’ vast territory and industrial port zone. Working closely with its members, AIVP is once again demonstrating its capacity to provide real support to port cities on the ground, and strengthen the relationship between the City, Port, and Citizens.

We would like to thank the city and port of Marseilles for their confidence. If you too would like help with your project, the teams at AIVP stand ready. Contact us!