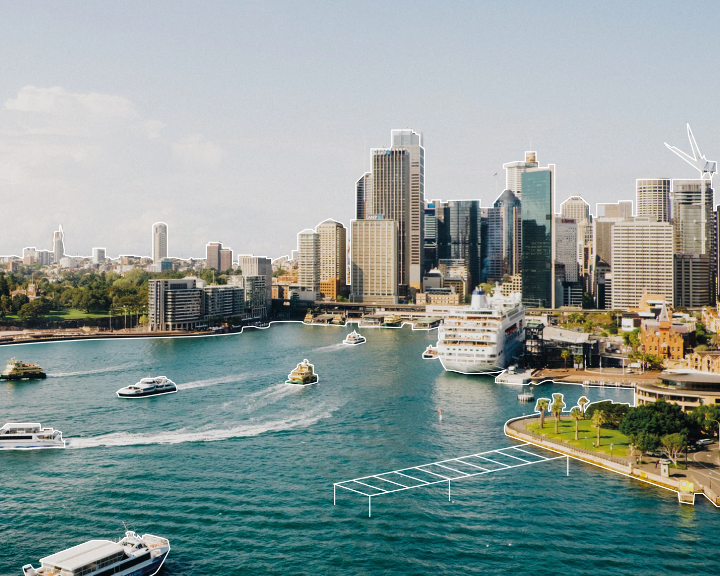 At the heart of a world in motion

For 35 years, AIVP has accompanied the incredible acceleration of globalization. It seemed that the growth of trade, the mobility of people and the flow of information were inevitable. Then, the Covid-19 pandemic broke this momentum. The halt in daily activities affected economic growth but also temporarily cut our carbon emissions by a third. This was the clearest practical case proving the link between economic growth and global warming. Port cities, with their role as catalysts of globalization, have been hit hard by this health crisis. Nevertheless, port city actors have demonstrated their resilience and commitment to serving society to maintain the supply chain. The return to post-pandemic life did not remain in the spotlight for long.

Since February 2022, the first European interstate war since World War II broke out. The AIVP has expressed its support for its member Mariupol city in these difficult times. 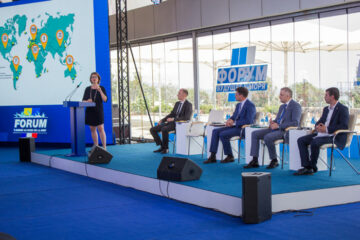 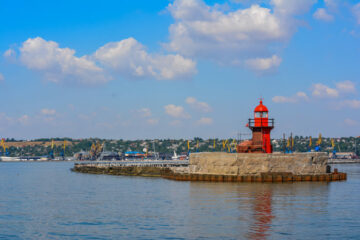 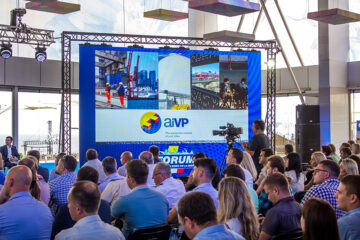 The consequences of this armed conflict involving one of the world’s great energy powers are cataclysmic, especially for developing countries. As the main gateway for Russian and Ukrainian raw material imports, port cities are once again confronted with geopolitical disorder. With the aid of the United Nations, several ships filled with grains have been able to leave Ukraine to help combat global food insecurity. Many of these exports stemmed from the port-city of Odessa. This crisis that impacts us, accompanied by inflation partly due to the increased cost of maritime transport, must make us reflect on a new, sustainable development model. Port cities are an excellent laboratory for imagining the sustainable economy of tomorrow, as they were one of the first places where the modern industrial economy was built in the 20th century.

Globalization, a subject near and dear to the AIVP, has not disappeared, as the rebound in world consumption at the end of 2022 proves, despite the rise in prices. The considerable transformation that is being initiated before our eyes is rather a relocation of essential production, of “friendshoring” [1], and an increase in ecological awareness. Our port cities have a role to play to contribute to the success of this planetary adventure. This is what the AIVP has sought to put forward during this year 2022 and will continue to do in 2023, with a constantly renewed passion. The themes of energy transition or the blue economy, along with several others, were cornerstone topics of 2022 for port cities, as this year marked an unprecedented period of permanent crisis for port cities (due to climatic, health, war, and other reasons). Short-term uncertainty is becoming the norm, introducing issues of risk management and anticipation. This will influence the decisions concerning the future choices of development and the interactions of cities with each other.

Our most popular topics this year

The energy transition was one of the major topics of the year, as many port cities are actively contributing to it with innovative strategies. During the One Ocean Summit [2] in February, ports from around the world committed to reducing the environmental impact of ships in port by 2028. The discussions organized by the AIVP during the mission led by our president Edouard Philippe, highlighted key measures like shore power supply and price differentiation. On the same issue, the AIVP and its network have been playing an increasingly relevant role. One example is the MAGPIE project, with the active involvement of the AIVP and two of its long-term members, Port of Rotterdam and HAROPA Port [3], which focuses on developing smart, green, integrated, and efficient multimodal ports through technical and non-technological solutions. Port cities globally have taken measures to support the energy transition locally, by instigating and supporting the decarbonization of the maritime industry [4] and investing into green fuels or renewable energy themselves [5]. Ports are also continuously looking to decarbonize through various innovative approaches. 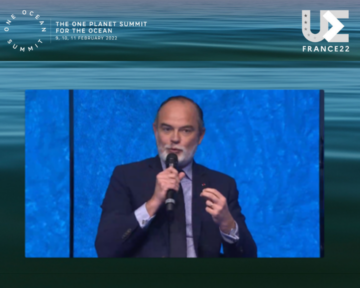 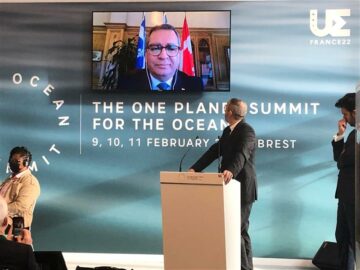 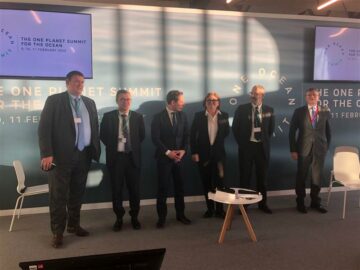 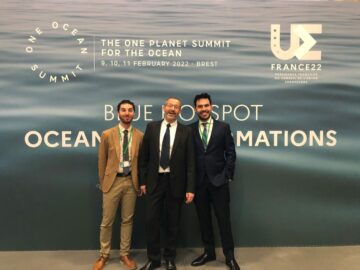 2022 has been a crucial moment for the establishment of Green Shipping Corridors to accelerate the decarbonization process. The rapid uptick of these green corridors stems from the signing of the Clydebank Declaration [6] at COP26 in Glasgow (2021). Most of the green corridors are still in their planning phase. These collaborations by major ports provide onshore power supply, zero-carbon fuels at required bunkering scales, and incentives for the decarbonization of the maritime sector. There are around a dozen green shipping corridor agreements. However, agreements to establish these corridors for container and cruise ships are continuing to be made between various countries. It will be interesting to observe how these corridors benefit to and implicate the cities next to the ports. It is important to remember that ports are not the endpoint of the goods but are a link in the global supply chain. This means that there are challenges for port-cities to address regarding these corridors: to extend the supply chain to the hinterland as carbon-free as possible, with increased use of rail or river transport; to extend the maritime link through cabotage (with carbon-free ships, wind propulsion, etc.), including medium-sized port cities, which have been more or less excluded from global flows for the past 20 years.

The Blue Economy has become a focal point for countries, regions, port-cities, and international organisations post-COVID. It is a key tool for sustainable, socio-economic recovery on a local scale. It was at the foreground of global discussions during the UN Ocean Conference [7], COP27 [8], and the AIVP network during its 17th World Conference in Tangier [9]. As the blue economy is a cross sectoral theme, it requires a collaboration between different stakeholders, especially if it means rendering the sector more sustainable. Large sums of funding have been made available to bolster the blue economy for port cities, as they suffered during the pandemic. The cruising sector has been given an opportunity to rethink maritime tourism and develop more sustainable practices in conjunction with the host cities and civil society. Cities remain centers for innovation in this regard as they allow relevant stakeholders to come together and provide support for the implementation of projects. Studies have estimated that 50% of Shore Power Supply funding comes from public subsidies. 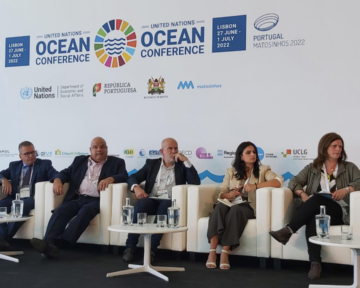 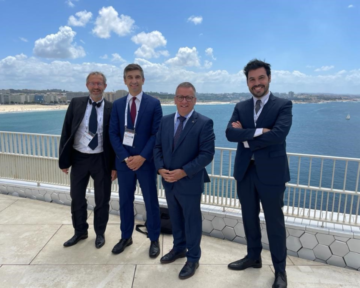 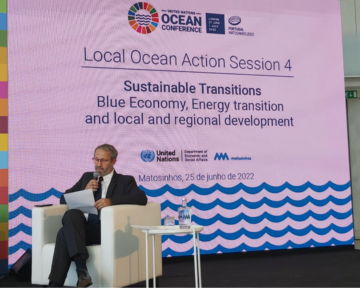 Another recurrent topic was climate change adaptation [10]. As more ports and cities are feeling climate change effects through longer droughts, stronger storms, and rising sea levels, more discussions were held on how port-cities can adapt. Between the use of nature-based solutions and floodable waterfront infrastructure, several options exist. The renaturalisation of coastlines offers protection for new ecosystems to develop, which is important in stabilizing the ecosystem services the ocean provides. The protection of marine biodiversity was also a key question at the Convention on Biological Diversity’s COP15 [11]. 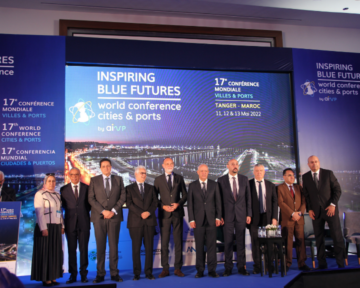 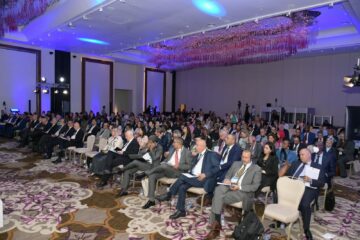 The next year will see the continuation of several projects that started this year. The AIVP supported the launching of several Port Centers with our members and will continue to do so. As the blue economy and climate issues further gain importance, it is critical for there to be a forum for discussion. Citizen involvement will also be required in the debate on water space sharing and allocation, which will be addressed during the 2023 UN Water Conference. The green corridors that are currently in the planning stages will hopefully be implemented and help reduce the maritime sector’s emissions. There are also plans for the installation of offshore windfarms and the creation of bunkering facilities for alternative fuels. These topics will incite the discussion between our members during the next AIVP Days event, which will take place in Venice (Italy) on the 16th and 17th of November [12].

At the heart of a world in motion Our most popular topics this year And now? 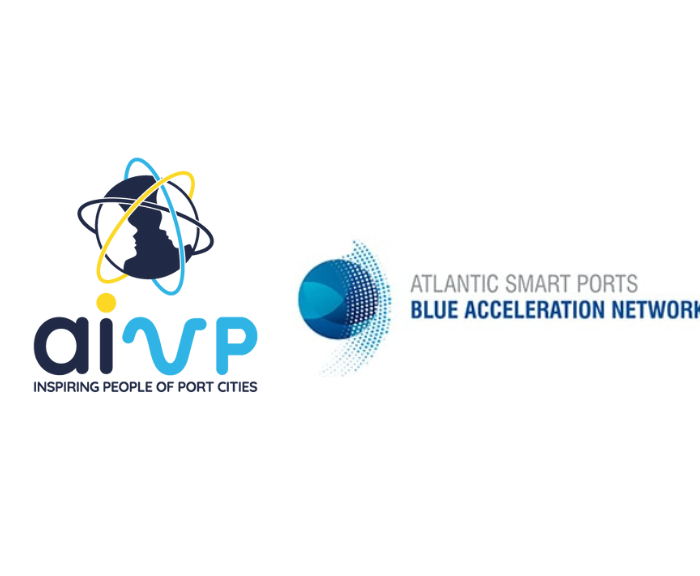 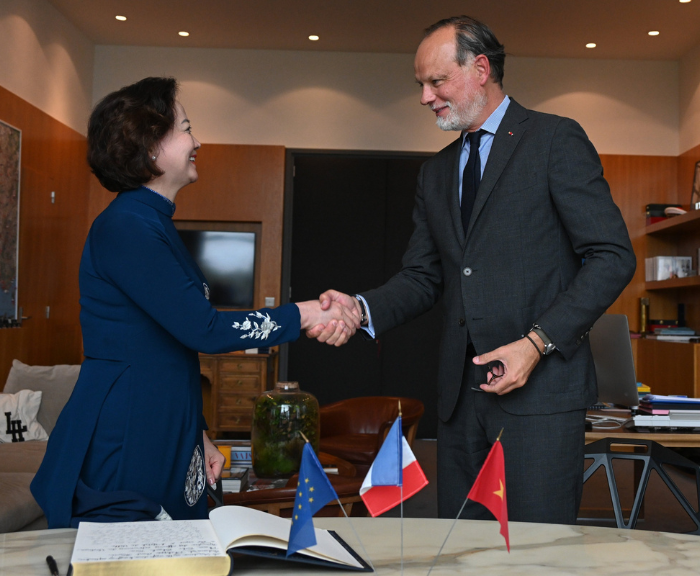