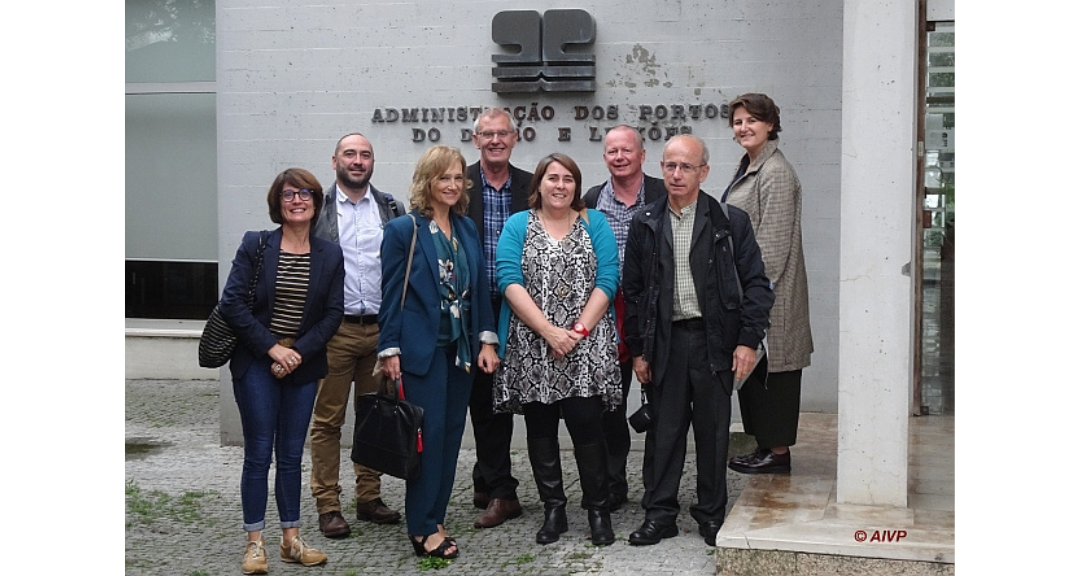 The benchmarking exercise was intended to identify practices and solutions deployed to improve the spatial integration of cruise terminals in the city and open them up to the public, both during and outside the cruise season.

The “cruise benchmark” working group had selected Porto and the Port of Leixoes as the site of a field assignment, from a shortlist of six port cities in which AIVP had undertaken an extensive search for information.

Le Havre saw Porto as a place of particular interest, in view of its plans to create an iconic new terminal combining port and urban functions (including a research centre). The building is also capable of hosting events when not in use for cruises or during the off-season. As a result, it is one of the examples featured in our recommendation on mixed-use development in our Guide of Best Practices. Seeing the building first-hand, however, served to illustrate the full scale of the project!

Following earlier talks between AIVP and Helena Fernandez, Director for Commercial and Marketing at ADPL (Port of Douro e Leixoes), representatives from the Port of Le Havre and the Urban Conurbation of Le Havre were presented with a comprehensive programme of activities. These included a tour of the North and South cruise terminals at which cruise ships dock, and in-depth discussions on development and functions with the various local stakeholders, such as the Port’s head of planning, the terminal manager, the architect who designed the South cruise terminal, and also a Director from CIIMAR (Interdisciplinary Centre of Marine and Environmental Research), a facility based in the South terminal.

It was also an opportunity to discover the activities of the port of Leixoes and the often innovative strategies adopted by the port authorities of Douro e Leixoes, including a one-stop-shop and business incubator, etc. during a tour and additional presentations.

We are naturally delighted with this very productive exchange of experiences between Le Havre and Porto, both members of AIVP. Thanks once again to the port of Douro e Leixoes for their hospitality!

The event enabled the delegation from Le Havre to flesh out the ideas raised in our discussions with them during the previous stages of this benchmarking process.

We very much look forward to seeing how these discussions will shape future developments at Le Havre’s cruise terminal!