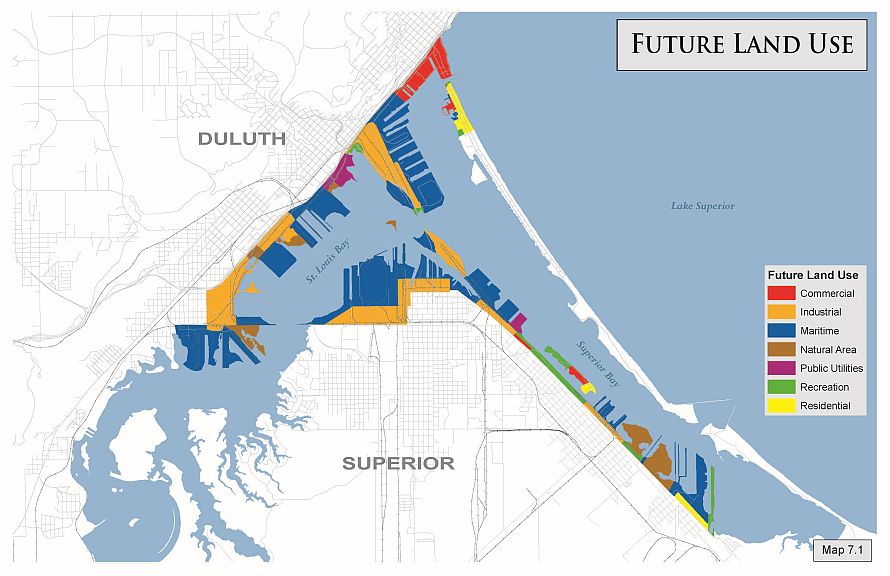 The Duluth-Superior Port Land Use Plan was adopted by the Metropolitan Interstate Council in December 2016. It is based on an inventory of the various uses present at the port spaces and the adjacent land. It aims to sustain and optimise the efficiency of the twin ports on the western edge of Lake Superior, and connected to the Atlantic via the Great Lakes and the Saint Lawrence river.

A total of 26 recommendations have been made to the numerous public and private stakeholders concerned. The cities of Duluth and Superior are being encouraged to treat them as a guide for their own action plan. The region’s transport requirements are set to increase by 30% over the next 20 years, and the two ports’ activity is seen as crucial for the whole multimodal transport system of the Great Lakes and Saint Lawrence.
Besides the commitment to ensuring the efficiency of the two working ports, the Plan also aims to protect and improve the local environment and waterfront leisure activities.
The approach was originally adopted back in 1978, and the Plan has already been updated several times.