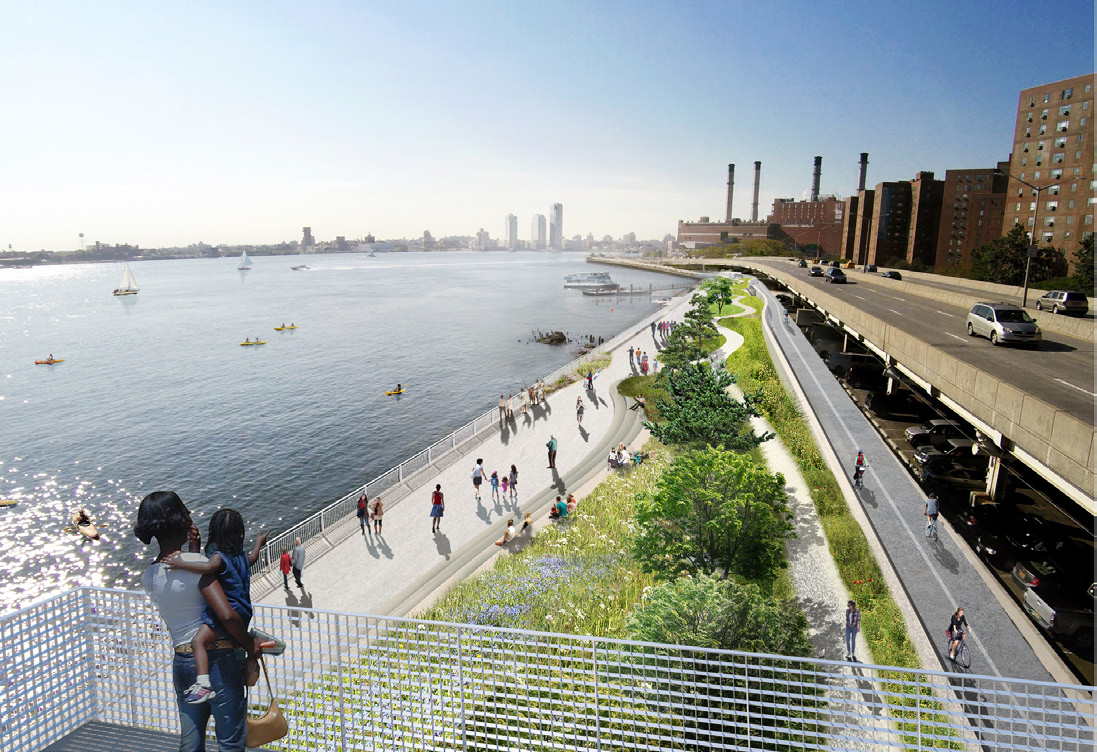 After suffering the devastating effects of hurricane Sandy in 2012, the government of New York realized that climate change is the greatest threat the city faces today. To prepare to this challenge, the Mayor’s Office of Resiliency was created. According to scientific evidence, it is clear that the sea level rise will submerge parts of Lower Manhattan regularly. Reacting to this new scenario, the city in cooperation with the state has worked to assess and plan for climate change adaptation of the most vulnerable sections of the waterfront. The two more tangible results are the Lower Manhattan Climate Resilience Study and the East Side Coastal Resiliency Project. These plans respond follow the path indicated in the OneNYC vision for 2050. More concretely, the city is going to invest $500 million in climate adaptation projects, only in the Lower Manhattan area, including the Battery Park. In the study from March 2019, the city considered chronic conditions such as sea level rise and extreme climate events, such as storms, extreme precipitation or heat waves. The city also presented a climate adaptation toolkit, organized in four categories for buildings, streets, utilities and edges. Among the recommended actions are raising the water edge, implementing deployable protection barriers or elevated public spaces. Additionally, the city has created the FloodHelpNY platform to inform homeowners how they can protect their homes from expected flooding.